The video which forced you to fall for its awkward charm was a marketing stunt after all.

You've probably already seen it on your Facebook or Twitter timeline with a headline along the lines of "Filmmaker gets 20 strangers to make out on YouTube with awkward results". "First Kiss" is a monochrome film by amateur director Tatia Pilieva that has racked up 59.8 million hits and counting since its YouTube debut on 10 March 2014.

The endearing nature of the film tapped into human emotion, vulnerability, humour and awkwardness, making it an online hit. Totally devoid of any branding, even online news sites can be forgiven for being duped into reporting it as a sweet video circulating the internet. Yep, show’s over – the viral video was just a clothing ad starring actors.

The marketing stunt was a covert way of advertising Wren Studio’s 2014 Fall Collection.

Slate discovered that the strangers who appear in the clip are professional actors, models and musicians from the area:

A video like this is just asking for a parody and YouTube has definitely delivered with several going online within days of “First Kiss”. 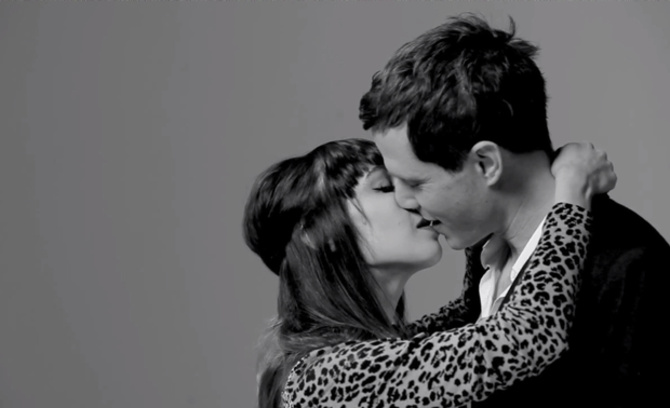