Wes Anderson fans who are waiting for The Grand Budapest Hotel to hit cinemas can keep themselves entertained with the director’s contribution to the ad world, including his latest work for Prada. 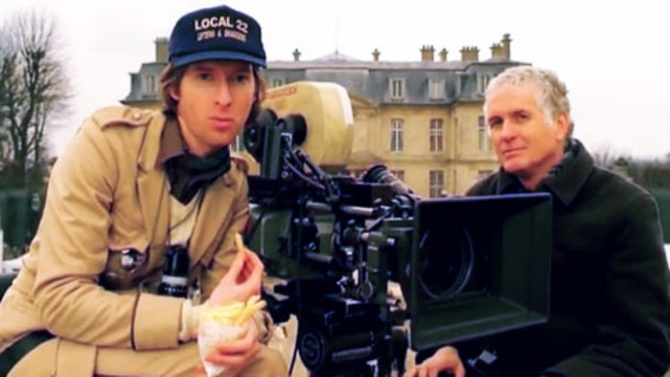 1. Prada: Anderson teamed up once again with Roman Coppola and Prada for the brand’s November 2013 eight-minute film, “Castello Cavalcanti”. Following on from their March collaboration with the fashion brand, they’re back with old pal Jason Schwartzman who plays Formula 1 racer Jed Cavalcanti during the Molte Miglia rally in September 1955. After crashing his car, Jed reconnects with elderly townsfolk who might be part of his extended family.

2. American Express: Anderson directed and starred in the cool addition to the American Express “My life. My card.” campaign. Known for his odd and leftfield sense of humour, he leads us through a set of what appears to be his latest production, involving the likes of explosions, geishas, French châteaux and Indian terrorists. The spot featured in Lürzer’s Archive Vol.3/2007.

4. Prada: Léa Seydoux, was the centre of attention in this three’s-a-crowd short film. Seen in Lürzer’s Archive Vol.3/2013, ingénue “Candy” questions her future after two fabulously coiffed and suited young men, Julius and Gene, fall hopelessly in love with her in Paris. It combines what you’ve come to expect from the team that brought you Moonrise Kingdom and The Darjeeling Unlimited and also features Jacques Dutronc’s “L’Idole” as the soundtrack.

5. Stella: Once again co-directed alongside Roman Coppola, this 2010 offering for Stella Artois has an Anderson-esque vintage French vibe about it. In the “Apartomatic” ad from agency Mother, a woman ends up getting swallowed by a couch.

You might like:  | Oscars 2013 – The ad work of nominees | Prada teams up with Wes Anderson and Roman Coppola | David Bowie serenades Arizona Muse in lavish Louis Vuitton ad by Romain Gavras