Director John Sauven explains how you go about filming a homeless polar bear on the streets of London. 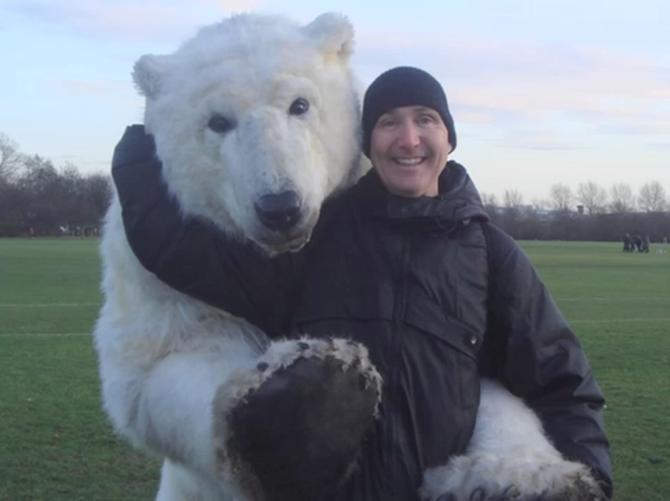 Actor Jude Law and British band Radiohead have joined forces with Greenpeace to produce a film featuring a realistic polar bear on London’s streets. The film is part of the “Save the Arctic” campaign, which aims to protect the region from oil drilling and industrial development.

Written and directed by Michael Goeghegan, the film tells the story of a homeless bear forced out of her Arctic habitat due to climate change set to the sound of Radiohead’s ‘Everything in its Right Place’.

“I came up with the concept after having been asked by Greenpeace to judge a short VW film competition they were running and being taken on a guided tour of the building, when I was duly shown around their warehouse and spotted a life-sized suit of a polar bear called Paula hanging from a pole – a relic from a play called ‘Greenland’ at the National Theatre in London,” says Michael.

“After a brief conversation with Head of Greenpeace UK, John Sauven, about their up and coming Save the Arctic campaign, I took some pictures of the bear and started thinking about how I could tell her story, and a simple idea came to me: what if, because we had made her homeless, this polar bear had travelled so far in search of food that she would be living on the streets of London.

“I thought that the obvious parallels with the homeless in any major city might make her issues more obvious to us city dwellers, especially as we live thousands of miles away.”

With a tight budget, Partizan London filmed the bear’s sad and lonely quest to find a home and food at a series of iconic locations in London from the 2012 Olympic stadium to a Shell petrol station forecourt. At the end of the film, the bear reaches the famous London Fields Park, where she lies down to rest, waiting for the global movement that is emerging to oppose oil drilling in the Arctic. 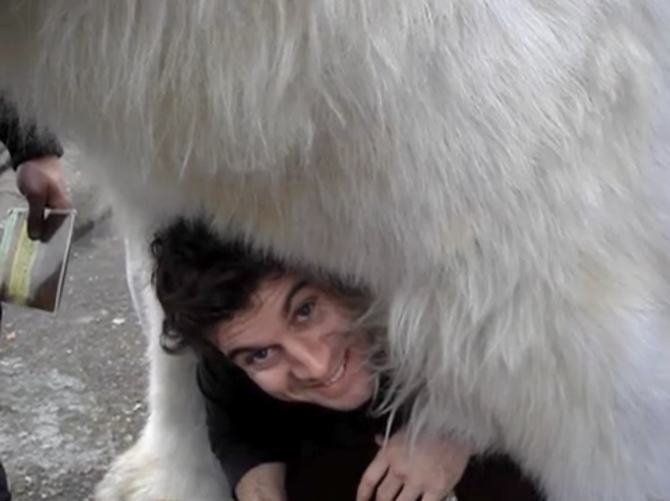 “We had to shoot the film without any permits, guerrilla style, as we had neither the time nor the money to obtain them.” explains Michael. “The managers of the Shell garage were a bit upset at us having a polar bear strut around the forecourt.”

“Radiohead’s Thom Yorke really liked the film and gave us any of his music to use. I chose ‘Everything in its Right Place’ because Paula wasn’t and I loved the way it built. Jude Law was amazing and gave us a really heartfelt voiceover.”

Readers of Archive may remember a Nissan LEAF commercial by TBWA\Chiat\Day, Los Angeles from Vol. 6/2010 which also featured a polar bear out of its natural habitat and roaming the suburbs.

Greenpeace's campaign was launched on June 21 at the Rio+20 Earth Summit and so far more than 600,000 people have signed up to the save the Arctic. 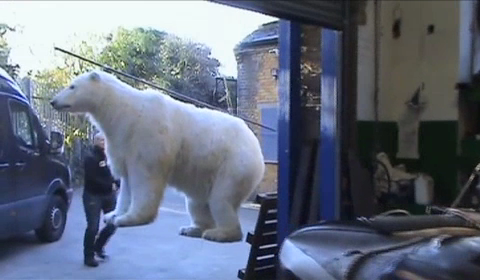 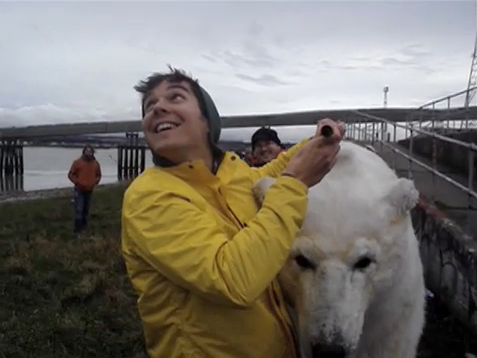 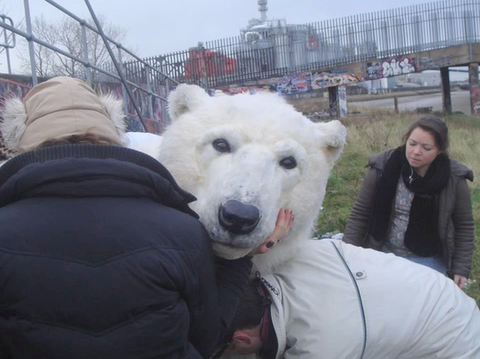 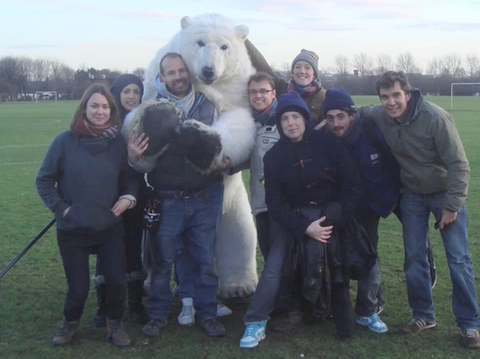