Actress and film-maker Isabella Rossellini collaborates with Burt’s Bees to create a series of charming short films, which explain the life of bee colonies. 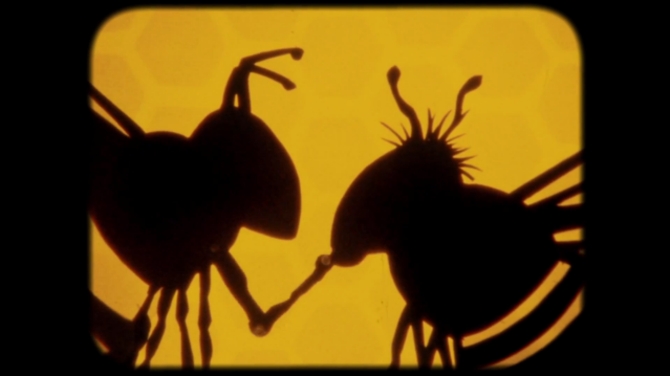 For such small, short-lived creatures, bees do a lot of heavy lifting to keep life on Earth in equilibrium. To raise awareness to the manmade and environmental threats that are endangering the world’s bee population, natural-ingredients personal care brand Burt’s Bees has collaborated with actress and filmmaker Isabella Rossellini for “Burt Talks to the Bees”.

The site is home to “Burt Talks to the Bees”, a series of educational short films that explain the different varieties of bees and how their specific characteristics and functions help maintain balance in the ecosystem.

The films open with the real Burt Shavitz, a beekeeper who in 1984 co-founded Burt’s Bees on a homestead in Maine. He is soon replaced, however, by Rossellini, sporting an interesting beard made from shredded newspaper and accompanied by a cardboard dog.

With the help of Burt’s inquisitiveness,we are introduced to characters including drone, queen, and worker bees (also played by Rossellini) who marry scientific facts with child-like theatre to whimsically explain aspects of bee life such as mating, how honey is made as well as putting to bed myths documented by the likes of Aristotle. All complete with lo-fi silhouette animations by Andy Smetanka and quirky visual aids that add to the homespun charm of these films.

You’ll be surprised at what you didn’t already know – such as the “waggle” dances bees use to navigate around flowers, brilliantly demonstrated by Rossellini in Lycra tights: “we wag our ass, and we talk to one another!” Each video ends with a message informing us of what we can do to help bee colonies, whether it is supporting organic farms that don’t use pesticides or planting wild flowers.

According to Burt's Bees, honeybee numbers have declined each year by more than 30 percent since 2007, a statistic that could have a significant impact on our agricultural ecosystem, since bee pollination plays such a critical role in plant growth.

Although the films' dedicated website Wild for Bees is for visitors in the US, they are still viewable on the Burt’s Bees YouTube channel.

Video: Buzz Talks to the Bees: "Drones" by Isabella Rossellini.