“I loved playing with negative space”: From design student to viral sensation to becoming the youngest ever Cannes Grand Prix winner, Jonathan Mak Long talks to Lürzer’s Archive about his journey, work and media ethics. 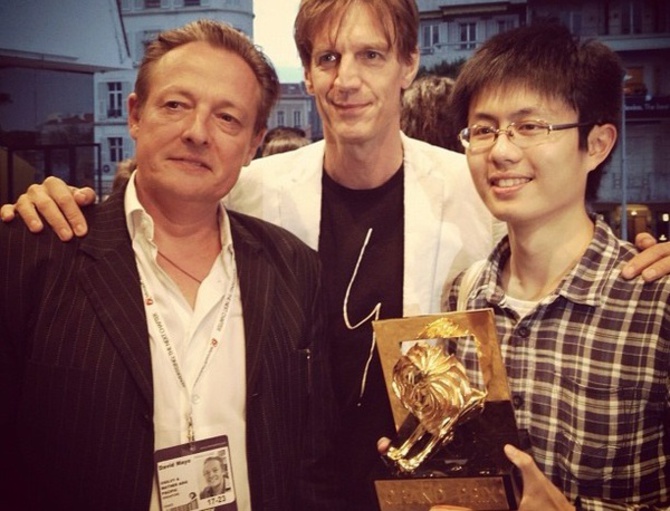 How did you get into design?

Design just started off as part of that need of mine to make things. I obsessed over what my blog looked like. I subscribed to every design website I could find, devouring visual references and academic essays alike. I was ravenous for inspiration and knowledge, and eventually started a standalone blog for my designs.

Yet for all my zest, I did not consider design to be a serious career choice for the longest time. I knew I had a good eye for design for an amateur, but that was all I was ever going to be: a design enthusiast. I would love to design for a living, but being a creative in Hong Kong is not easy.

But one day, my secondary school invited somebody from the Hong Kong Polytechnic University to promote their design programme. The dream suddenly felt within reach, so I took a chance and applied. I just didn't want to graduate without knowing if I ever had a shot. That decision has changed my life.

What's the story behind your Steve Jobs logo?

I'd created  two cheeky posters that satirised an insensitive remark made by the Hong Kong Chief Executive regarding the Tiananmen Massacre. They got me a mention on a blog, which called me "the poster boy of protest design".

I began to create designs around holidays and festivals, and whenever an important event inspired me to create. I made tribute graphics for the tsunami in Japan, the 10th year anniversary of 9/11, and many more. I realised these time-sensitive images provided particularly ripe ground for me to experiment with simplicity.

So when Steve Jobs stepped down as the CEO of Apple, I just had to design something for a man who had made such a huge impact on the way we live. I loved playing with negative space, and incorporating Jobs' profile into the bite of the Apple logo just seemed like a good way to symbolise the company's loss. It has a sombre and quiet feel that I found appropriate.

I thought that the connection seemed so obvious that it must have been done before, although a search for the relevant keywords did not turn up anything at the time. You can still see the caption of my original post reflecting that sentiment. As I soon found out, my suspicions were correct.

Did you expect the tribute to go viral?

Since graphic design is all about communicating to the audience in the first place, I certainly intend my images to spread. But I obviously did not foresee any of this happening. I hoped the design would strike a chord with others, but not at such an amazing scale.

It was only when he passed away did everything blow up. I actually printed out stickers of the design on that day and sneaked a few into the Hong Kong Apple store. Stickers had little to do with it though - you can't force something to go viral.

Tell us about the attention it received.

The rate at which the responses flooded in was mind-boggling. It was a bit like trying to keep track of the stock market, because the number was literally changing every second. My phone started ringing nonstop and the design spread round Facebook, Twitter and Tumblr like wildfire.

But things also turned sour quite quickly. By the end of that day, I noticed some people saying that the design was not original, urging others to attribute the image to Chris Thornley, an illustrator from the U.K. who had created a piece of editorial work before me with the identical concept. I quickly told my side of the story on my blog, acknowledging this fact that I had just discovered. But I also made it clear that I arrived at my design on my own and had no intention to make money from it.

In spite of how quickly the matter was resolved, the controversy persisted. Certain media outlets took parts of my explanation out of context and a fair number of Hong Kongers were particularly quick to bring me down with their online comments. I believe I had done all I could, and my conscience was clear, but I must admit that their ruthless Cantonese insults stung particularly hard.

The whole incident raised questions concerning media ethics, and more importantly, the meaning of originality in this day and age. Even putting aside the disputes, one could see my design as a part of today's remix culture, and I have had a lot of interesting discussions with both my professors and my peers regarding this topic.

None of the negativity really mattered. Countless people emailed me, not only about the image itself, but simply to share their stories with me, such as how Steve Jobs has shaped their lives in one way or another.

Any response generated by the graphic has little to do with the design itself. People reacted because of Jobs' passing. The tribute played a small part in it, but I never let myself forget that it is all about Steve Jobs, the person, and little else.

Do you have a design style?

I clearly enjoy employing bold, minimalist graphics in my work, and now that I have created two relatively well known images with a similar aesthetic, I do not blame people for associating a particular "style" to my work.

But it is also the last thing I want. I do not deny my love for visual puns and white space, but I am also well aware that if this goes on, I would grow too comfortable with doing this type of work. It is not a matter of ability, but attitude. Too many designers these days strip away graphical elements just for the sake of it, and hide their lack of ideas underneath a façade of faux minimalism. A design can be visually simple, but it should not be simplistic.

Every designer has a voice that shows itself in the work one way or another, just not necessarily through the exact same set of visual vocabulary every time. There is little need to go out of your way to make yourself "invisible" in the work - this is more of a reminder to myself, but at the same time, the designer should never have a visual signature that overpowers the message to be communicated.

What is your favourite medium to work on?

I will be the first to admit the huge influence digital technology on the "style" (there's that word again) of my work so far. I am not good at getting my hands dirty with traditional media. In fact, I am pretty atrocious at drawing by hand, so much so that I do all my work with a mouse, because using a drawing a tablet is simply too close to the real thing for my liking.

I actually enjoy the layer of separation the tool puts between me and the work I create in the computer, because it can lead to surprising, delightful results. The challenge is how to incorporate these new-found techniques into my proper work, something I am still trying to master.

How was your Cannes Lions Festival experience?

It all happened so incredibly quick. I got a call from Graham himself, telling me that the design had won in the festival. I asked him what, and "only the biggest award there is!" was his answer, I believe.

The next day, I flew to Cannes, apologising to my professors for skipping their classes, and went up to the stage in the evening. Words cannot express how surreal it all was. To receive one of the biggest applauses of the night (so I have been told) was both a very proud and humbling moment for me. Every hand I shook as I walked down the street at Cannes was a bewildering experience - in the best possible way.

Truth be told, I was probably not as nervous or burdened as someone who actually knows all the inner workings of the industry. It was freeing to walk around as a semi-outsider, simply soaking in all the excitement and celebratory joy.

I hope my story can inspire young creatives that you can be recognised for the quality of your work, no matter where you come from. It might be clichéd of me to say this, but it truly has been an amazing ride, for which I will forever be grateful. 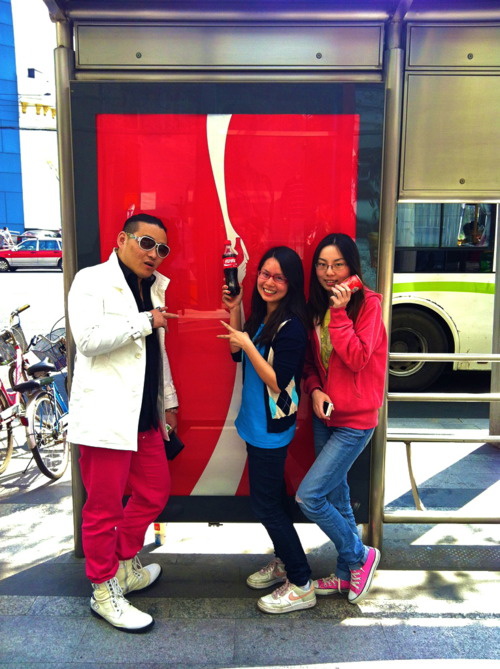 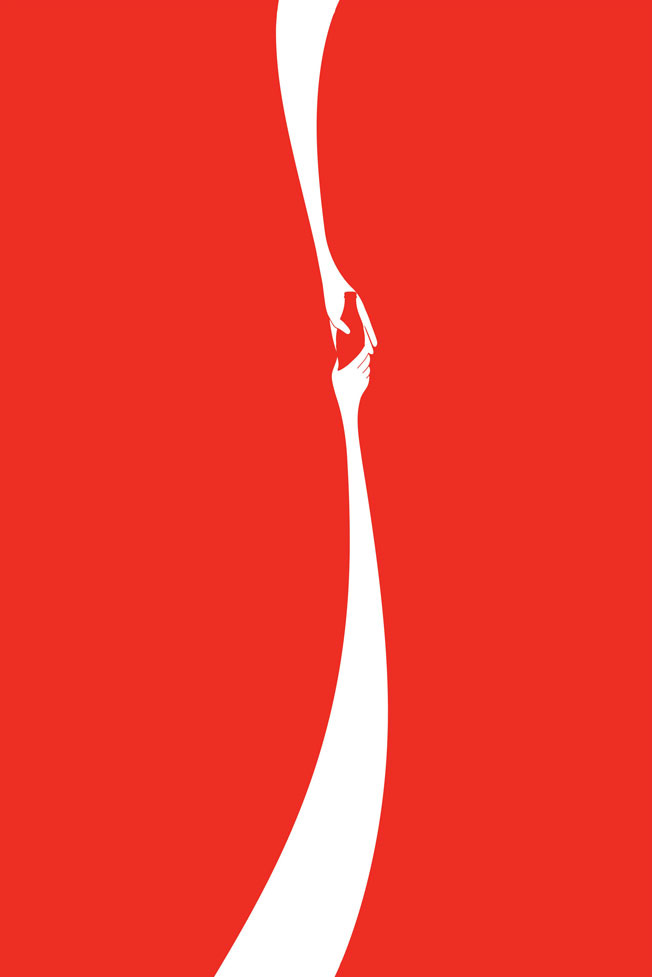 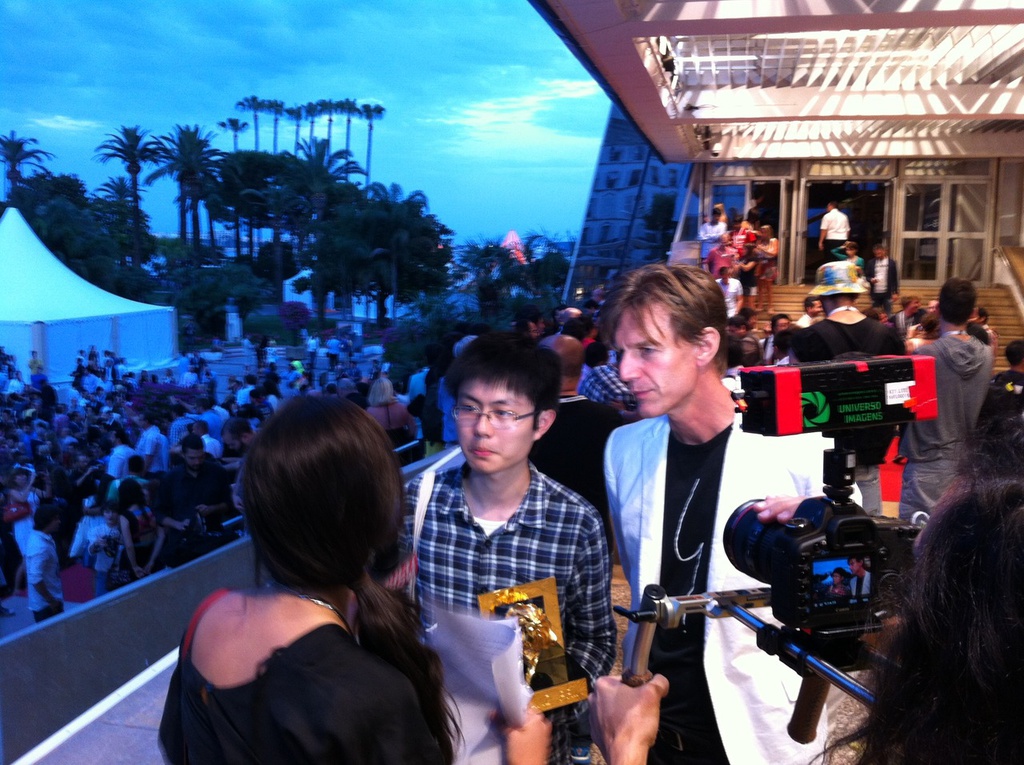 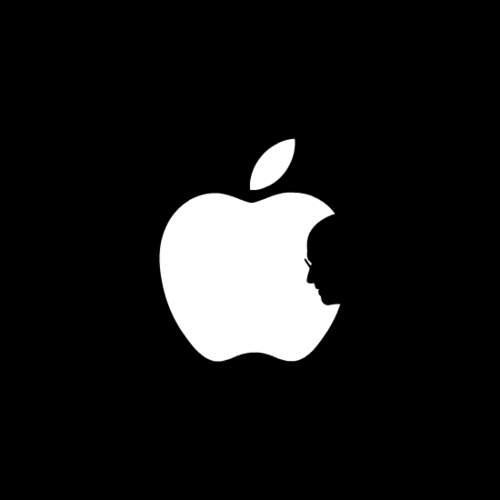