Nicola Gilbert of Grand Central Recording Studios, selects her top five most iconic ad soundtracks – and the stories behind them. 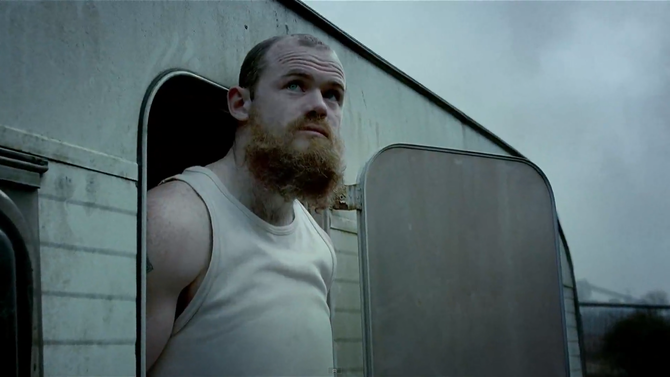 Leaders of sound design, Grand Central Recording Studios, celebrates 20 years this month. Their work will certainly ring a bell; GCRS has worked with ad agencies, sound designing iconic commercials for the world’s biggest brands. The Renault Clio “Papa and Nicole” spot, Thierry Henry's “Va Va Voom” and Nike’s “Write the Future” were all sound engineered within the walls of GCRS.

“Sound design and music are critical to making a piece of work come to life. The editing of music, particularly a well-known track, is an amazing skill in itself,” explains GCRS Deputy Managing Director, Nicola Gilbert.

“The sound designer needs a deep understanding of music. Creating a start, middle and end to a music bed that may only be 30 seconds long requires complicated juggling and a whole lot of camouflage tricks at the edit points. A seamless edit - and the viewer won’t even notice or realise the work that has been done behind the scenes!”

Nicola has delved into two decades of work to select five soundtracks - old and new - which have helped commercials achieve iconic status.

The brief was to find a song that made the best out of a bad situation for this series of ads that started in 1994. The commercials were going to borrow from the style of Dennis Potter’s The Singing Detective.

GCRS Managing Director, Carole Humphrey had about two hours to come up with some ideas before visiting the agency with a list of songs including “Accentuate the Positive,” “Put on a Happy Face,” “Bring me Sunshine” and her firm favourite and recommendation, “Let’s Face the Music and Dance”.

Carole was sure that she had cracked the brief and that Let’s Face the Music was unequivocally the right song. It’s the one the client went with.

Carole licensed the publishing through Warner Chappell and suggested that they used the Nat King Cole recording. This proved to be quite a complex negotiation, as we needed to edit and remix the track to length to make sure that we had all the lyrics that we needed.

Nat King Cole’s estate initially refused to let us do this. However, Carole had a contact living in LA who had been working with Cole’s daughter Natalie Cole. After a chain of talks leading to to EMI in the US, we were given permission to pull the original Nat King Cole recordings from the Capitol Records archive in Hollywood. Natalie Cole had final approval on our mixes.

By absolute coincidence, Torvill and Dean chose the same music to skate to at 1994 Winter Olympics. The ad featured in Archive Vol. 2/1995.

From the first meeting we could see that what was being planned was unlike anything we've worked on before: a hidden camera live event with a flash mob spontaneously bursting into song and welcoming travelers arriving at Heathrow Terminal 5. Every instrumental sound was to be created by vocal performances. No musical instruments were used at all.

GCRS sound designer, Ben Leeves worked with musical director Shai Fishman, Smuggler and Saatchi and Saatchi. It was a big challenge, made even bigger as we only would have a week from recording to air date!

This all had to be edited, mixed and made ready for playback on the actual live shoot day. We had prepared over 40 radio mics for key performers and hidden speakers for backgrounds. All the performers were there, I think well over a 100 with chorus lines and crowd harmonies. It sounded electric on the day.

After the shoot, we married all the singing rushes to the pre-recorded session. Working through two nights to meet the deadline, 40 mics and around 12 hours of recording was a lot of audio to handle. The final mix was a balance between lead performances from the day and vocal instruments recorded in the previous week. What an experience! 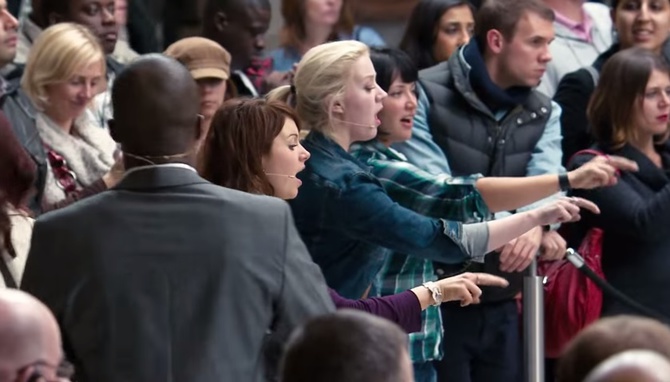 Lucozade “Wild Ones” by Grey, London

In 2011 Lucozade were re-branding and were looking to re-launch their advertising with a new contemporary feel. The production and edit was going to be centred on the music edit that we did of the “Simply Unstoppable” track.

Munzie Thind, one of our lead sound designers, set to work. He edited a 30, 60 and 90 second version of the track, which was approved and taken to the shoot in LA. The well-known musician and producer, Travis Barker, was sent the music edits and drummed live to the track.

We received all of the drum session, and it was Munzie’s job to stitch together the whole masterpiece. At this point, we had the split elements for the whole track, so we were re-building and weaving the drum solo into his edits.

The launch was a massive success, people loved it. Just to think, behind music heroes Tinie Tempah and Travis Barker was our very own Munzie Thind sprinkling his magic.

The goal for Nike and W + K was to create the most powerful football campaign yet. The three-minute 2010 spot was truly epic. And  it needed an epic soundtrack.

Veteran sound designer Raja Sehgal was called upon. With a combination of location rushes, library sound effects and especially created sounds, Raja set to work, like a master composer. The missing ingredient was the music.

During the early stages the creatives discovered the track "Hocus Pocus" by progressive rock band Focus – a five-minute track celebrated for its hard rock riffs and yodeling.

As is often the case at the start of the creative process, something was not quite right with this track. So they began the task of auditioning literally hundreds of other tracks. Over six months, none of the new tracks quite worked, but Raja's sound design composition was progressing beautifully and, as is often the case at the end of the creative stages, they decided to revert back to Hocus Pocus.

The magic began when Raja did various edits of the track against his sound design to see which had the greatest impact and what worked best with the feel and pace of the edit. So, 45 seconds in, the guitar riff kicks off and a legendary spot is truly born.

The distinctive riffs perfectly complement the narrative and complex sound design. It’s so right, you just can’t imagine anything else that could have worked on this mega spot.

This is an example of a commercial in which the creativity laid in the mind of the director, in this case, Oscar winner Tom Hooper. He brought a unique cinematic approach to not only the filming but also the audio postproduction of this Super Bowl spot.

From the start he had wanted Raja Sehgal to be the lead sound designer and mixer on this project, who was responsible for the final mix and oversaw the team of sound designers who assisted with dialogue track laying and SFX.

While the SFX sound design track was being created, Tom was working with the man who had collaborated with him on the score for The Kings Speech, Alexandre Desplat. They were creating a newly composed orchestral track for the commercial.

From a slow low key build, the tempo and scale of the music builds until the climatic "Rendezvous" - worthy of any Hollywood epic.