Nike launched a five-minute cartoon ahead of the World Cup 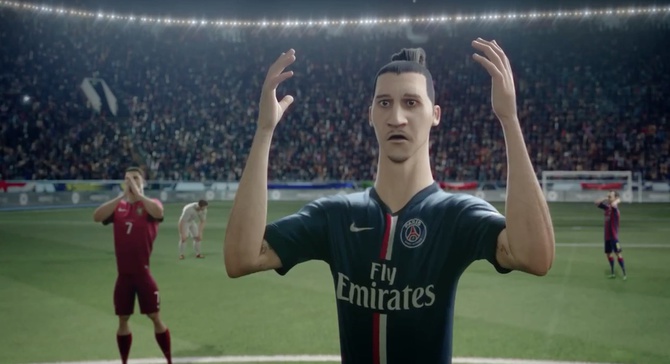 The World Cup kicked off on Thursday with host nation Brazil defeating Croatia in the opening game. In the build up to the tournament, Nike released a five-minute animation featuring cartoons of some of the biggest names in football as part of its 'Risk Everything' campaign.

"The Last Game" was created by Wieden & Kennedy Portland, and tells the tale of a world where footballers have been replaced by passionless clones.

After top players like Wayne Rooney and Zlatan Ibrahimovic – who are all voiced by actors – are reduced to fishing and selling copies of their autobiographies to make ends meet, Brazil’s Ronaldo gathers the players to take on the clones in a winner-takes-all match. 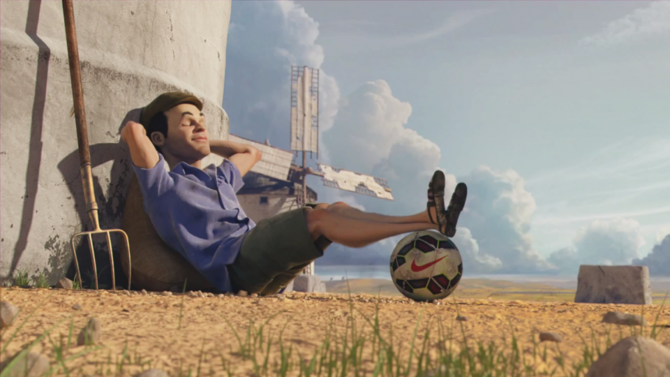 The ad, reminiscent of Pixar’s The Incredibles, was written by Alberto Ponte, art directed by Ryan O’Rourke and directed by Jon Saunders through Passion.

The five-minute film was released online last week and is supported by trailers that have been running on TV. It is part of Nike’s marketing – the sports brand behemoth is not an official sponsor of the World Cup, unlike its rival Adidas.

"I can’t understate the magnitude of the production,” says Matt Hunnicutt, the global executive producer at Wieden & Kennedy, Portland. 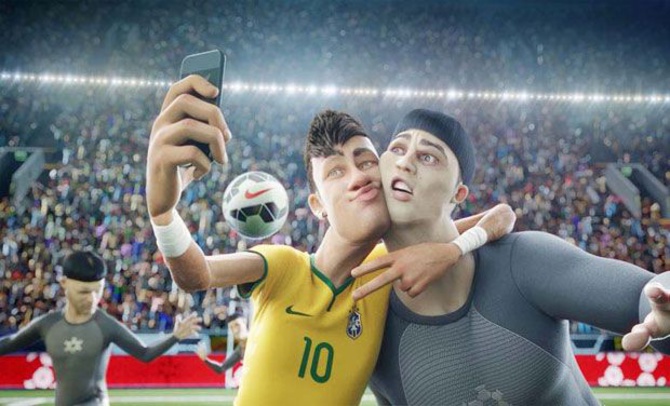 “Passion, and the entire Nike and W&K team, really poured every ounce of themselves into the project. At the peak we had over 300 people pulling together to make the film."

The ad seems to be a nod to Nike and W+K's well known "Good vs. Evil" spot from the Euro 1996 tournament, in which a bunch of human all-stars battled a supernatural team of demons.