Old Spice sticks to the same hyperbolic recipe for its latest campaign, but there is definitely no “old” here.

Video: Old Spice "I Can Do Anything" from the Believe in Your Smellf campaign

“The Man Your Man Could Smell Like” and “Smell is Power” along with grandiose gestures of oysters, diamonds and white horses are very memorable Old Spice slogans from the last few years. Titled, “Believe in Your Smellf” for the new Champion range (of deodorant, anti-perspirant, body wash and body spray), the ad writers from Wieden + Kennedy, Oregon, have created a new word in the style of Lewis Carroll’s, ‘Jabberwocky’ for a slogan that celebrates the champion in every man.

But you won’t catch sight of ex-NFL players like Terry Crews or Isaiah Mustafa. Instead the reinvented brand’s latest campaign stars a somewhat more accessible hero: the kind of underdog you want to cheer on (though, decide whether men will actually aspire to him when you see his hairdo). A tape recording in an Old Spice Walkman spurs on the weedy protagonist to gain muscles, reminds him he has “a sophisticated and diverse group of friends” and gives him the self-confidence to dump actress, Heather Graham, who cameos in the 30-second spot. Look out for the sports car, bizarrely made of sand.

In another spot from the series, Old Spice moves back into suave territory where we see a handsome man play a former athlete who tells us: “after my championship sports accident, my doctor said I’d never walk again”. Of course, the doctor is right: insert humorous and larger-than-life twist. See for yourself below. There are different characters, but the formula is still the same: anything is possible.

Video: Old Spice "I Can Do Anything" from the Believe in Your Smellf campaign

The 2010 Old Spice spot directed by Tom Kuntz was first aired during that year's Super Bowl and is probably the best known with almost 50 million YouTube hits and over 1.6 million shares to date. Filmed in a single uninterrupted take and with minimal use of CGI, it won the Grand Prix for film at Cannes and even became a part of popular culture, being parodied by shows like Sesame Street and other commercials, like Dollar Shave Club’s “Our Blades are F***ing Great”.

Creatives also praise the ad. Earlier this year, Toby Talbot, ECD of RKCR/Y&R, described the ad to us as “a commercial that breaks down that barrier from just being there on a television channel” and DHM, London’s Commissioning Editor, Dave Dye praised Wieden + Kennedy as having “taken an aftershave that was ultra-Grandad-naff when I was a teenager to ultra cool with my teenage boys. It's a modern day miracle.”

In addition to the spots, the “Old Spice Man” played by Isaiah Mustafa also filmed 186 videos as part of a week-long social media campaign in July 2012 - each one a personalised video actually replying to individuals in real-time, including bloggers, YouTube commenters, Tweeters and celebrities.

Unruly Media has compiled a chart of the 100 most popular Old Spice videos of all time. Looking at them you wouldn’t guess that they are for a product that was founded in 1934 (the first being for women!). Take a look and explore the brand’s advertising journey. 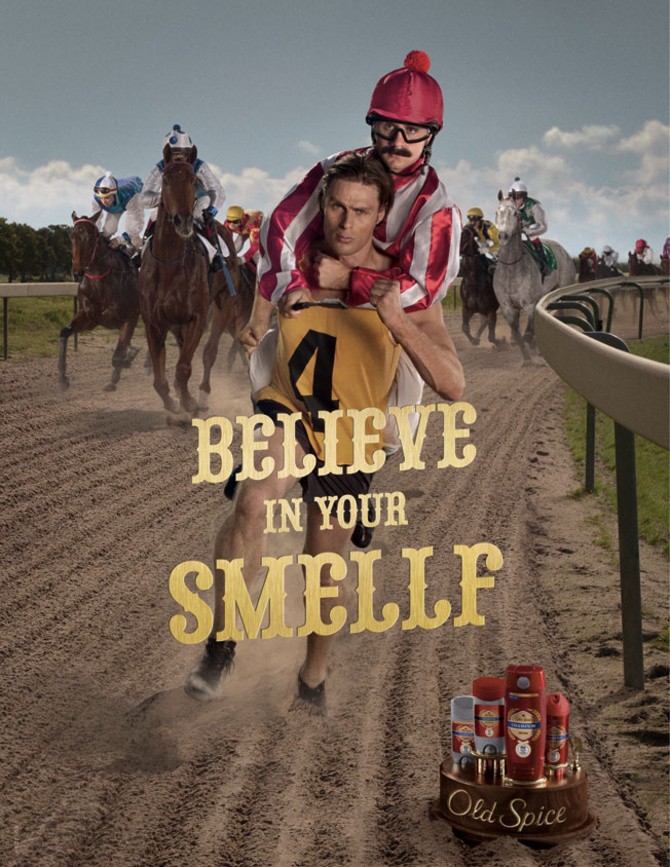