Ringan Ledwidge, director behind some of the most notable commercials for family brands talks about being on set and film directors who have influenced his work. 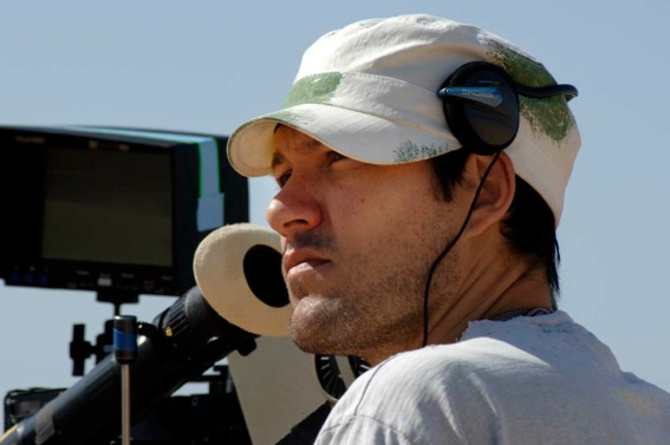 Tell us a bit about the latest project you've been working on with production company Rattling Stick.
I've currently got two jobs going: a new commercial for The Guardian newspaper with BBH London, which is now in post, the other an "Axe" job for BBH New York. Guess BBH like me right now! I can't say too much about them other than they're both very different but equally exciting to work on.

You've shot campaigns for family oriented brands like John Lewis, Cadburys and Hovis. What has been your favourite?
My favourite campaign of the ones you've mentioned has to be Hovis "Go On Lad". It was a fascinating project in terms of research of the periods, its scale and cinematic quality and of what the brand meant to the British public.

How influential was Ridley Scott's "Boy On Bike" when you directed "Go On Lad"?
Ridley's advert for "Boy On Bike" defined everything 'Hovis' was reaching for again. Its influence? Well, it's such a great piece of work that I knew I had to pull out all of the stops to even get close to it.

How important is choosing the right filming locations for this type of brand?
Locations are incredibly important no matter what the brand is. They're almost another character, you don't have a lot of time in commercials and every choice from make up to location has to communicate something.

When I heard the guitar riffs from "This Charming Man" on the John Lewis ad it instantly caught my attention. Does the music make an ad or (in the case of new artists, such as Cadbury's "Zingolo") the ad make the music?
Personally for me the idea has to drive the music. A cool track doesn't necessarily mean a cool ad. They have to work together.

How important are details like the music when trying to relate to a family made up of different ages?
Details are important no matter what kind of commercial you're trying to make. In all honesty when I'm chasing after a script, I'm always chasing after the ones with a good idea. So no matter what kind of film it is, every detail has to be right. It's important that the world you create has depth even if it's a make believe one. It makes it all the more easier for the viewer to come along for the ride.

What household brand commercials have you seen this year that have impressed you?
Gosh. I've pretty much been flat out since the start of the year and in all honesty haven't really been aware of what's going on. Ikea is always good as is John Lewis, I'm sure there's others I've just not seen them. In regards to what makes them good? A good idea that has a truth at the heart of it.


Who do you think are the unsung heroes of the commercial world?
Well for me it's everyone in Rattling Stick, from my producer down to reception. There's a tremendous amount of work that goes into every project and without that, directors would be pretty useless to be honest.

Your style has been described as one that embraces magical realism. Do you agree?
I guess some of my work does have hint of magical realism to it. Why? I don't specifically know. I guess since being a kid I've always been intrigued by the fine line between reality and fiction. As some of my good friends know I can be a bit of a fantasist at times!

What other themes or genres do you like to explore in your directing style?
Again it's down to the idea for me. I don't have a burning desire for a particular genre, just good material.

You've also moved into the realm of feature films, but are there any feature film directors which influence or inspire your work as a director of commercials?
There's a lot of film makers I admire; Jacques Audiard ("Un Prophete"), Terence Malick, John Cassavetes to mention just a few. I pretty much watch films often as I can so I'd say film along with literature are pretty much my main influences.

With ads, how much involvement do you have on the creative side of things?
It depends on the project, although I find most of the ads I work on are very collaborative in regards to the creative. I think that's how you make the best work, everyone pushing forward without ego to make something great.

What's your favourite part of the process when directing commercials?
For me there are two elements I love equally. Being on set, which is exciting, scary and full of possibilities all at the same time, and secondly being sat quietly in the cutting room with my editor Rich Orrick finding the story and sharing a laugh at the same time.

What tips would you give to new talent in directing campaigns for household brands?
The same as I would for any brand; find the heart of the idea and focus on that.

I read that you're quite obsessed with little details on set. Why's that so important when filming commercials for well-known brand names?
The details are important no matter what you're filming: commercial, short film, music video. You're trying to create a place and time. If there's no detail it won't feel authentic.