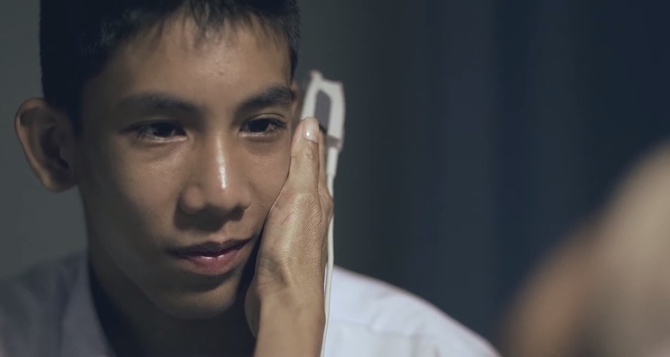 Lürzer’s Archive has been featuring ads from Thailand in the magazine since the 1980s when it was founded. Like many ads from the Asian continent, many of them tend to be a bit on the kooky side or across the spectrum towards the emotive side, with spots that don’t leave a dry eye in the house.

The latest offering from Ogilvy & Mather Bangkok is the latter - a tearjerking spot that tells the tale of a bullied child.

The “Street Concert” ad is for Thai Life Insurance, which has a track record in rolling out heartwarming spots - including “Peace of Mind” which featured in Vol. 4/2004.

Another, “Silence of Love”, tells a tragically beautiful story about a deaf father and his teenage daughter and “Unsung Hero” which is about a selfless man who pays it forward with no concern for personal gain. The ad, from last year, has garnered over 17 million views on YouTube.

The story played out is apparently based on a true story: an awkward school kid takes up the guitar, plays it rather badly and gets cyber-bullied by the cool kids in the school band.

This is until they find out he's busking to raise money for his mother’s cancer treatment. You can probably work out the rest. Street Concert has reached almost four million YouTube hits since its release in August.