Saatchi & Saatchi made guinea pigs of Cannes Lions delegates as they used a social experiment to tap into their souls at this year’s New Directors’ Showcase. 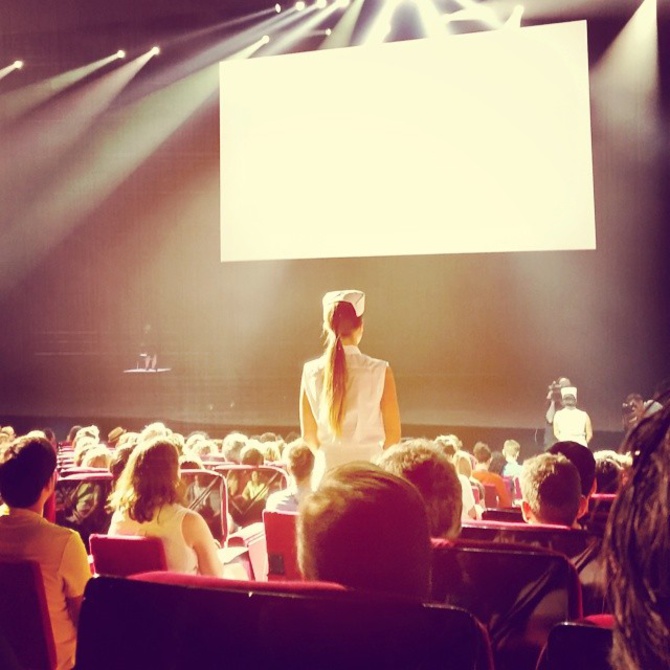 On Thursday, delegates in the long queues going back on themselves in Cannes’ Palais des Festivals were met by women dressed as nurses handing out sensory wristbands, which came packaged as sterile medical equipment. This can only be the Saatchi & Saatchi New Directors’ Showcase – arguably the most popular event at the Cannes Lions Festival of Creativity.

A futuristic soundscape played inside as ‘medical staff’ on screen instructed the audience how to wear their wristbands. The aesthetic of the show was themed around a stylised medical experiment environment.

"We are going to be measuring your biometric data and emotional response," the 2,300 guinea pigs were told. After some air steward-like instructions from nurses dotted around the theatre, the 2014 Showcase titled “Feel the Reel” kicked off.

The sensory wristbands captured the emotions of the Cannes audience as they view the Showreel, and projected them back in real time using wireless technology as moving pixels on a gauze surrounding the stage, whilst the films played. 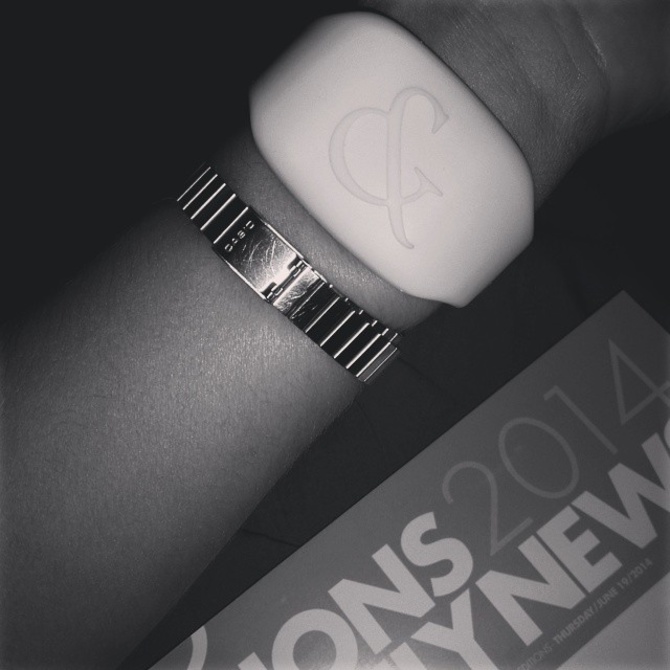 The silicon band contains electronics that draw biometric data out of the body by listening to its ebb and flow. Saatchi & Saatchi claim that they measure levels of excitement in the host, magenta being the highest state of arousal, and an LED light embedded in the wristband moves through a spectrum of colours indicating that the wearer is having an ‘episode’ and experiencing a wide range of emotions.

“We’re giving the body a vocabulary by drawing emotion from the body,” said Benjamin Males of Studio XO commented. Everything we do at XO is about emotion.  We’re able to tap into our souls and get a direct feed of our emotional response”.

The show hoped to "challenge the senses and heighten the wearer’s experience of the reel, whilst starting a dialogue around wearable technology and its intimate use of data in the next decade".

Nancy Tilbury of Studio XO added: “Through projects such as ‘Feel the Reel’ it enables Studio XO to fulfill our manifesto of making science fiction science fact.”

As for this year’s films, there was a typically eclectic mix of ads, animated shorts, humour, erotica, surrealism and the grotesque.  Directors hailed from Denmark, France, Germany, Israel, Italy, Switzerland, UK and the USA.

Music videos featured strongly in this year’s selection, with Truman & Cooper’s moody film of lost teenage innocence for Kid Wise’s “Hope”; Josh Cole’s fast-paced story of a Manillan street kid for Rudimental’s “Not Giving In”; and Ian & Cooper’s promo for Joel Compass’s “Back to Me”, which won Best Video at SXSW.

Ed Morris of Rattling Stick's hard hitting and thought-provoking PSA on cyberbullying for Cybersmile brought the audience back to reality, as did Simon Bonde & Peder’s disturbing monochrome music promo, “Ghost of a Smile”, which showed an underground fight club discovered by a young boy.

Visual magic was conjured up by Tarik Abdel-Gawad with “Box” – a showcase of projection mapping, and Emile Sornin’s pastiche of The Office with a gravity-defying twist for Disclosure’s “Grab Her” music video.

A slick commercial for the Sunday Times directed by Us recreates iconic moments - shot in one take - from film, music and art, while Kibwe Tavares’s beautiful CGI-infused trailer for "Jonah" was the only movie trailer.  Donato Sansone promises to shock the audience with "GrotesquePhotobooth".

The 18 directors selected for the New Directors’ Showcase reel 2014 and their films are listed below.

Ian & Cooper - Joel Compass ‘Back To Me’

Josh Cole - Rudimental ‘Not Giving In’

Us - The Sunday Times ‘Icons’