London agencies adam&eveDDB and Abbott Mead Vickers (AMV) BBDO come out on top with a total of 19 campaigns each which have featured in Lürzer’s Archive magazine.

adam&eveDDB (who share the top spot with AMV BBDO) featured in the magazine with campaigns including “Range” for Volkswagen, Marmite’s controversial “Love it. Hate it. Just Don’t Forget it” and the John Lewis “Bear and Hare” Christmas spot.

AlmapBBDO, Sao Paulo gave us Getty Images’ “85 Seconds” as well as Top Destinos Magazine’s “Have more to talk about” series, including “Big Ben”. The Brazilian agency appeared in the magazine with 14 campaigns.

BBH, London topped 2012’s Rankings. This year it matched AlmapBBDO’s tally of 14 with ads including The Guardian’s “Weekend” and Audi A6 Avant’s “The Ring”.

Grey, London brought us 13 campaigns including Brother’s “Printer Orchestra” and The Sunday Times Style supplement’s “Fashion Royalty” prints – of which Kate Moss as Elizabeth I made the cover of Volume 3/2013. 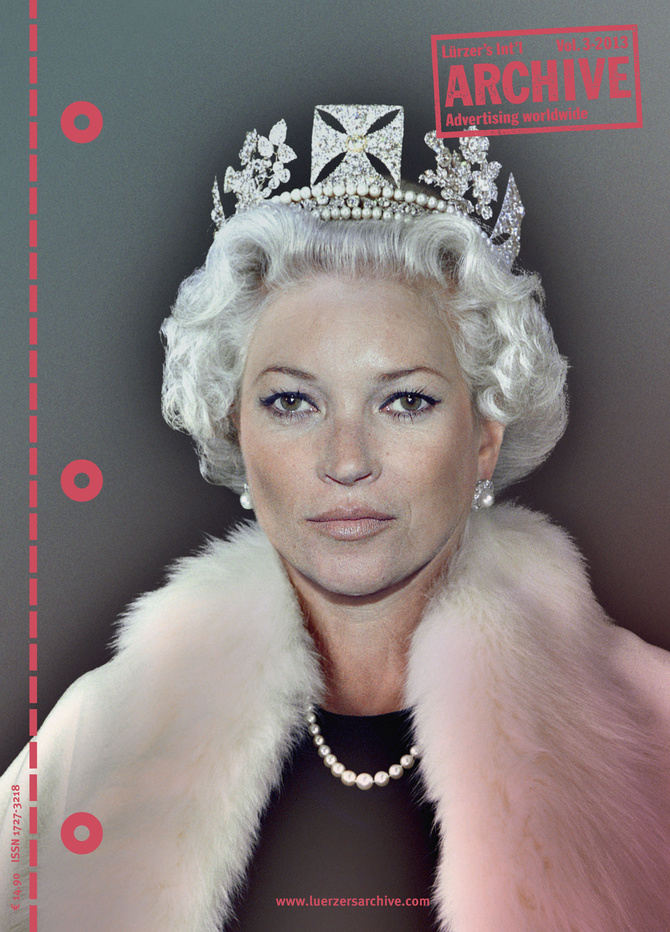 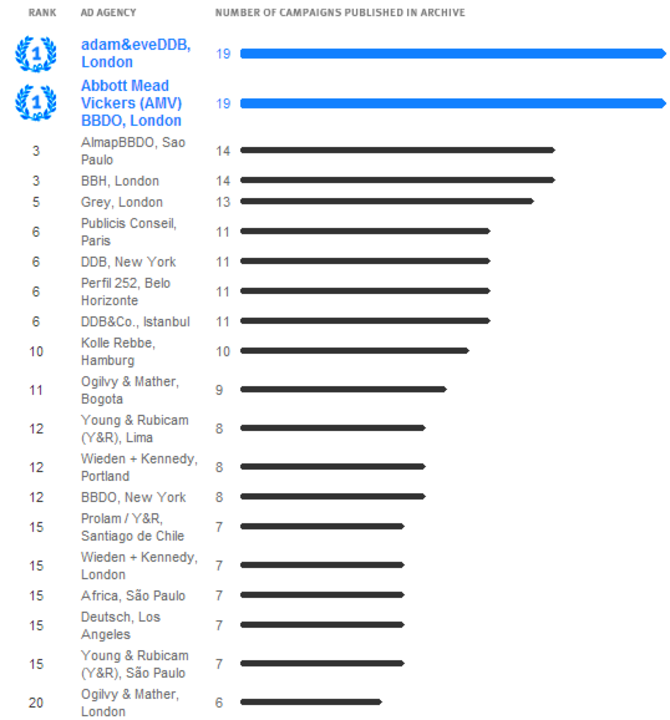 Editor-in-Chief, Michael Weinzettl, picks the final selection of what makes the pages of the magazine. “I use the same criteria that are used by all of the ad festivals around the world, where creativity gets rewarded,” he says.

“Number one: originality of the idea. Number two: quality of the execution. When selecting, I don’t know who is responsible for the work unless it’s an agency with a famous account. I should also mention that agencies don’t pay a penny for their ads to be featured in the magazine!”