The Times has released “Bearing Witness” - the seventh instalment in The Unquiet Film Series documenting the kidnapping and return of award-winning foreign correspondent Anthony Loyd and photographer Jack Hill in May of 2014. 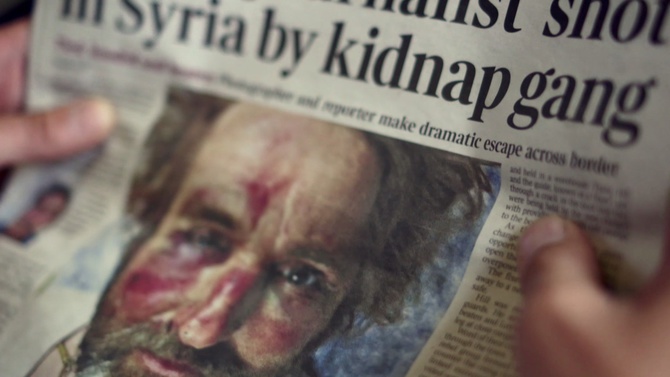 Loyd and Hill were returning to Turkey from the town of Tall Rifat when their vehicle was forced to the side of the road, they were captured and held in a warehouse. Both were brutally beaten and Loyd was shot twice in the leg at close range before the Islamic Front, a rebel group who had provided some security for the journalists, confronted the gang and demanded their release.

The new short film from Grey London and Betsy Works is told through the eyes of Loyd and Hill themselves and explores the battle between the growing trend for citizen journalism in areas of conflict versus independent, professional reporting and the endeavour for objective coverage in increasingly hostile environments. 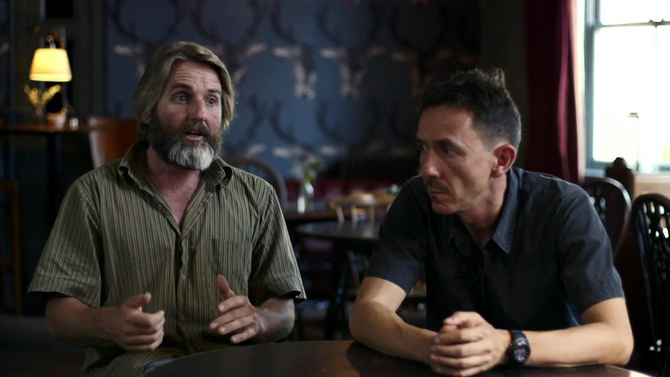 The Times has a long heritage in war journalism going back to the Crimean War and beyond into the 1700s. Supporting the newspaper’s legacy in the field, Deputy Editor Emma Tucker and Deputy Foreign Editor Suzy Jagger provide commentary to reveal the importance of foreign correspondents for British press, including the processes and governance in place to safeguard these journalists on assignment.

The Unquiet Film Series is a collection of films celebrating the historical and cultural impact of The Times (est. 1785) and The Sunday Times (est. 1822) newspapers, crafted by some of the very best filmmakers through unprecedented access to 229 years of archive material. Bearing Witness is open to all online with future films set for release in the series over the coming months.

The project is the result of a collaboration between News UK, Team News creative agency Grey London, production company Betsy Works and Creative and Commercials Director, Phil Lind. There will be nine films in total when the project is complete.

Grey London’s in-house digital agency GreyPossible and the design agency How Splendid created the website, which will host The Unquiet Film Series, as well as additional content including biographies, interviews and archive material.

When the series was launched earlier this year, Creative Director Phil Lind said: “Some of the best independent directors were given unique access to The Times and The Sunday Times and an open brief to try and capture the essence of the titles in film. The results are as varied in scope and style as they are in time and geography, but when you put them together as a series, a common theme emerges – a drive to tell stories with substance. A virtue that is as relevant today as it has ever been.”

Also creative director on the film series, Dave Monk, added: “The Unquiet Film Series is not an advertising campaign. Collaborating with The Times and The Sunday Times editorial and archive teams has resulted in a piece of legitimate, beautiful content that stands tall in its own right. We hope ForeverUnquiet.co.uk will become a destination in itself, ever-evolving and inspiring the next generation of unquiet minds.”