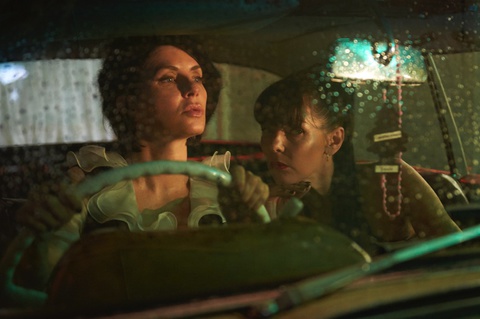 “Will nature make a man of me yet?” was produced by Sadie Frost and Jemima French through Blonde to Black, was screened at the Bulgari Hotel Cinema in London’s Knightsbridge to celebrate the renaissance of the award-winning label, which had been on a five-year break.

Sadie Frost and Jemima French edited a ten-piece collection of their favourite wears, which are portrayed throughout the short film. With an assertive yet playful attitude, the film evokes a power of female dominance, played out in the protagonists and reflected in the clothes’ strong silhouettes, which aims to embody the FrostFrench woman.

The film unites fashion and film and celebrates strong and vocal women from their teenage years to the later years of being a grandmother. Musicians and actors convey the message “Don’t mess with me” and set in the aesthetically interesting visuals of a seedy motel, darkness and beauty stir and provoke the viewer’s imagination. 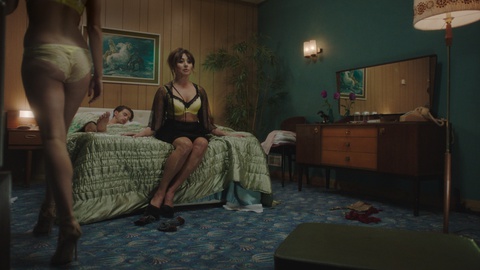 The concept behind the film began with famous monologues from the past - historic quotes from the likes of Molière and Oscar Wilde.

“I planned to use [them] in an authentic context,” says director, Ben Charles Edwards. “A lot of them are centred around love, matrimony and infidelity, so I thought it was interesting to link them to a motel.”

“I’ve had a lot of freedom to play with the visual side of things as well and I’ve used a whole plethora of different emotions, but the monologues are meant to be quite comical in the end.”

We also see what FrostFrench describes as “definitive styles” including dresses and jackets that include timeless shapes and exude a womanly silhouette, feminine slip dresses with lace detailing, and fitted jumpsuits with ruffled organza collars. A sharp black jacket slung across the shoulder, worn over lingerie, gives the collection an effortless rock and roll twist. The short’s title appears to be taken from the lyrics of This Charming Man by the Smiths.

“From a sound point of view, the director, Ben, wanted each scene to have its own distinct character - so sometimes you can hear claps of thunder in the distance and sometimes there's the blare of a car alarm,” explains sound designer Aaron Taffel.

“Our aim was to complement the monologues with the music and to build on the sounds recorded on set. We focused on accentuating the visuals with atmospheric sounds, whilst allowing the monologues to take centre stage.”

The sound sets the mood for the monologues and the motel with subtle acoustic accents, such as the buzz of the neon light and the footsteps.

“I was told to go big with the atmospherics, which is a great brief to have, as it gave me a lot of creative freedom,” says sound designer, George Castle. “Through sound we hinted at unseen scenes going on just off camera, such as people fighting on the other side of a wall. These nice little touches help to make everything feel as real as possible.” 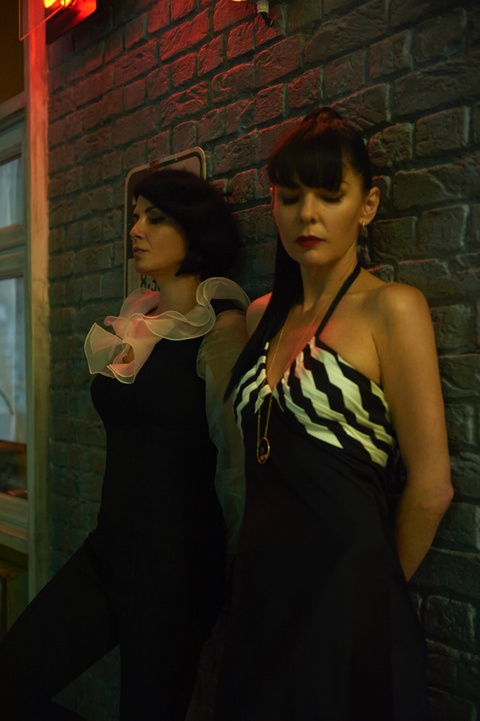