France’s football season is well underway and BETC’s spot for Canal+ shows how making sport bigger is the channel’s sport. 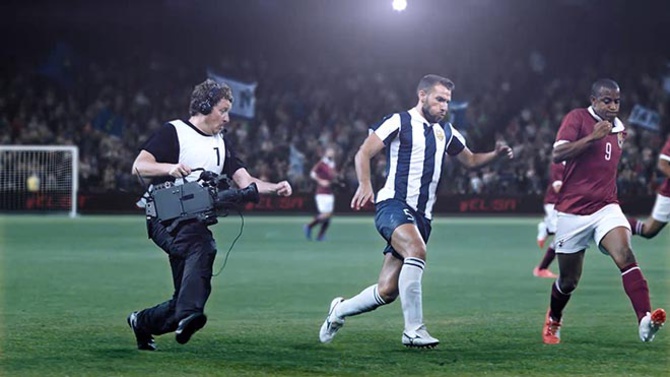 The campaign is headed by humorous and faux-epic spot “Cameramen” which takes a humorously over-the-top look at the dedication of the channel’s camera operators. 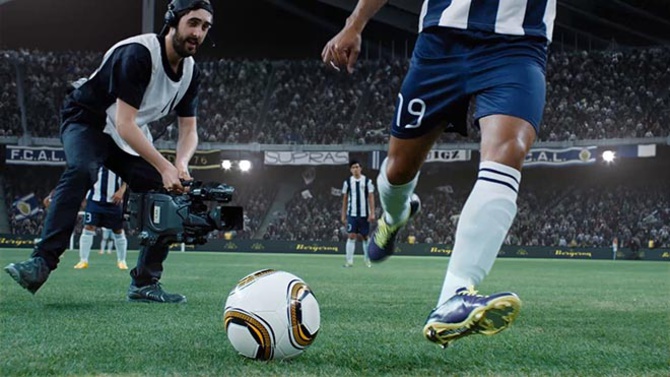 As part of a campaign created by BETC Paris, the new Canal+ advert highlights how the channel brings subscribers closer to the action by showcasing the passion and expertise of its cameramen as well as their devotion to bringing spectacular images to fans.

A team of cameramen are presented as the unsung heroes of footballing moments, as we see them literally following the action – warming up with the players then running, leaping and skidding towards the ball in play. 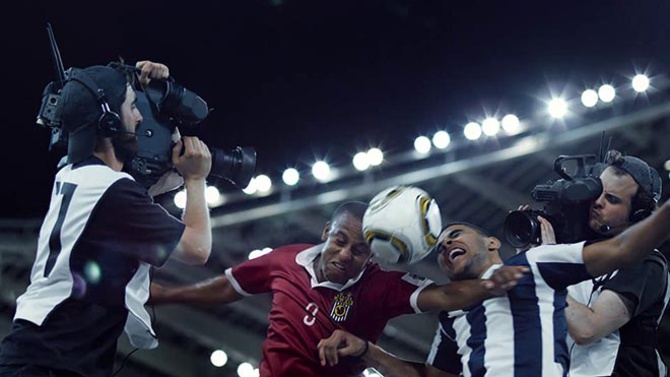 The spot serves to underscore the channel’s dedication to transmitting matches and its commitment to providing the best coverage of France’s Ligue 1, Champions League and Barclays Premier League matches to its subscribers.

“Cameramen” was directed by Bart Timmer who was also responsible for BETC Paris’ “Fuel for the Fans” spot from 2012 for Canal+, which celebrated the channel’s coverage of League 1 and UEFA Champions League football. The spot took awards including the Film Grand Prix at Cristal 2012 in Switzerland.

BETC Paris has had a long-standing relationship with Canal+ and earlier this year, they resurrected their famous “The Bear” spot with an interactive website that allows you to step into the skin of 'Paul Bearman' - the legendary hero of the multi-awarded film, “The Bear”.

The mockumentary was the most-awarded spot of 2012 and featured the character, Paul Bearman, a bear rug playing the part of a passionate director – complete with drama, moods and tantrums.

With the tagline “The more you watch, the more you’ll love cinema”, the interactive website allowed you to take over the set. There’s no actual sight of The Bear, because the user takes the director’s role in his furry shoes.