"Storytelling" was the popular phrase at all ad festivals this year. Here's a pick of short films created as branded content that featured on Lürzer's Archive in 2014. 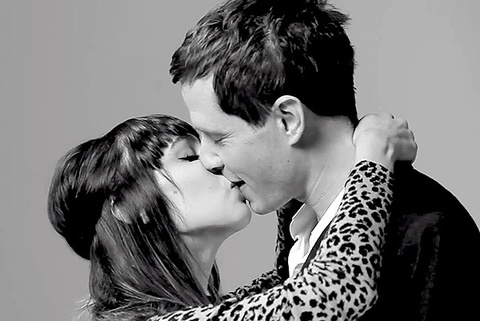 An animal behaviourist better known as “The Lion Whisperer” play-wrestles with lions and hangs out with hyenas. In this extraordinary 15-minute video containing first-hand footage. Kevin Richardson brazenly stands in the African savannah calling out,before two adult lions come running up and lovingly wrap their enormous paws around him. 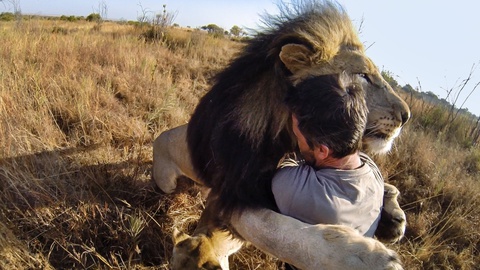 Incredibly, we see the trio cuddle in the high grass, as Richardson – who is wearing a tiny GoPro camera – ruffles their fur and scratches their foreheads. “Lion Hug” was the fifth episode of the “HERO+ Adventure Series” branded content which promotes the line of cameras from GoPro. The brand of high-definition personal cameras has become popular with extreme action video photography.

The GoPro production crew joined Richardson in the wild reserve in Pretoria, South Africa. Every bit of the stunning footage was captured on the HD HERO3+ camera.

The sinister short is seen through the eyes of an unknown voyeur who follows Moss through a darkened street, while holding a replica doll version of herself, before she enters a desolate building and begins to take off her clothes. The gritty film was inspired by 1960s British cult thriller, Peeping Tom and was shot in East London by Steven Klein.

The 50-second spot by Grey London was shot in one take, with just two actors, by Us through Academy Films. Go behind the scenes here.

"First Kiss" made you to fall for its awkward charm. You probably saw it on your Facebook or Twitter timeline with a headline along the lines of "Filmmaker gets 20 strangers to make out on YouTube with awkward results".

The endearing nature of the film tapped into human emotion, vulnerability, humour and awkwardness, making it an online hit. Totally devoid of any branding, even online news sites were forgiven for being duped into reporting it as a sweet video circulating the internet. But it was just a marketing stunt to advertise Wren Studio’s 2014 Fall Collection.

The monochrome film was shot by amateur director Tatia Pilieva and has racked up 95 million hits and counting and even parodies since its YouTube debut on 10 March 2014.

Lily Allen played cupid in a short film about a woman who falls in love with a tennis player. “40 Love” was part of Cornetto’s Cupidity series of long-form ads.

Directed by Lloyd Lee Choi of The Herd, the nine-minute ad unfolds the story of two women who are brought together by Cupid – who, in this case, comes in the form of a Lily Allen cameo. Game, set and it's a match made in heaven when the young girl finds herself as an accidental target for love.

Nike Football's "The Last Game" was created by Wieden & Kennedy Portland. The unofficial world cup content tells the tale of a world where footballers have been replaced by passionless clones.

After top players like Wayne Rooney and Zlatan Ibrahimovic – who are all voiced by actors – are reduced to fishing and selling copies of their autobiographies to make ends meet, Brazil’s Ronaldo gathers the players to take on the clones in a winner-takes-all match. The ad, reminiscent of Pixar’s The Incredibles, was written by Alberto Ponte, art directed by Ryan O’Rourke and directed by Jon Saunders through Passion.

Citizen's ambitious “Chasing Horizons” docu-spot challenged photographer Simon Roberts and ex-NATO pilot Jonathan Nicol to race against time. They chased the sunset across the earth's time zones to promote the satellite-synchronised technology in the new Eco-Drive Satellite Wave F100 watch. The short film by documentary director Tristan Patterson and created alongside Wieden + Kennedy, portrayed the story of the journey, which began in Reykjavik and people fooling time and stealing one night from the planet.