Call of Duty goes back to its roots with new epic spot featuring Marshawn Lynch and Cara Delevingne.

Seattle Seahawks player Marshawn Lynch, actor Michael B. Jordan and supermodel Cara Delevingne sound like a bit of a mixed bunch on paper, but they all one thing in common. The trio are all fanatics of military-themed game Call of Duty – one of the most lucrative franchises in video gaming history.

You can catch them in the latest spot for Call of Duty: Black Ops 3, “Seize” by 72andSunny. Marshawn Lynch will also be the first athlete to be in a Call of Duty game.

The new blockbuster style ad, as in previous years, takes an epic action-film approach loaded with gritty visuals, simulated gun battles and iconic music. This time, it’s "Paint It Black" from the Rolling Stones – which harkens back to the original Call of Duty: Black Ops live-action trailer, which in 2010 featured the likes of Kobe Bryant to the sound of the Rolling Stones' "Gimme Shelter."

But the real protagonist of the film is the relatable Kevin, played by Thomas Polk, a newcomer to the ads whose role reinforces the premise that "there's a soldier in all of us" - as the embodiment of the everyday gamer, who's found a way to be king in Call of Duty.

In the spot, helmed by director Wayne McClammy, we follow Kevin as he wall-runs, thrust jumps, and power slides through enemies and zombies on his way to glory. Polk performed all of his own stunts, including wire work.

This is director Wayne McClammy's fourth go-round with Call of Duty. According to the spot announcement, a majority of the live-action was shot practically, rather than with visual effects, “to bring a heightened sense of grit and realism to the spot”.

Academy Award-winning director of photography Deon Bebe teamed up with stunt coordinator Darrin Prescott to lend a cinematic feel to each moment. The film was shot over five days in an abandoned mall in Southern California, as the natural decay and destruction gave the shoot a more authentic feel. 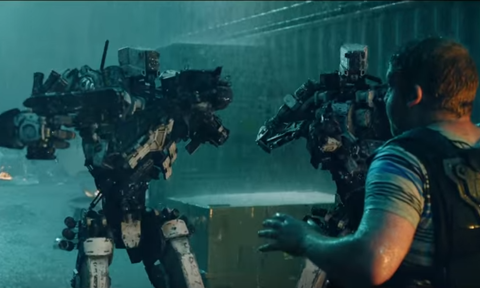 The game itself deploys its players into a future where bio-technology has enabled a new breed of Black Ops soldier. Players are now always on and always connected to the intelligence grid and their fellow operatives during battle. In a world more divided than ever, every soldier has to make difficult decisions and visit dark places.

Take a look at some of Call of Duty’s past spots.