NBC wants Americans to embrace the “other” football as ‘strange un-American game that doesn’t make sense’ when they tune in.

No one has time to care about the NFL pre-season, which kicked off with the Hall of Fame Game between the Dallas Cowboys and Miami Dolphins, when the English Premier League is due to begin its season on NBC Sports Network this weekend.

Those who do care are the target market which NBC aims to reach with its campaign to promote the “soccer” season which it will air on US television. The spot, which has been broadcast on the network and shared on the internet (the long-form YouTube version is nearly five-minutes long), stars Jason Sudeikis as Coach Lasso, the first (fictional) American manager for North London club, Tottenham Hotspur.

Lasso plays the stereotypical misinformed American sports fan who finds it hard to distinguish between football and, well, football. Tackles in English football don’t involve clobbering ones opponent, ties count as a result, there are no playoffs and the game isn’t split into quarters.

The Brooklyn Brothers, New York, created the latest attempt to get American sports fans into the English Premier League. NBC has invested $250 million in securing the rights to show the games over the next three years.

In addition to the film, directed by Martin Granger, the campaign also includes an online team-picker which magically determines the team that is for you. It trivialises the passionate allegiance most EPL fans have for their life-long teams by determining your team based on likes and dislikes, such as your preferred male singer or your favourite Pirates of the Caribbean character – but hey ho. 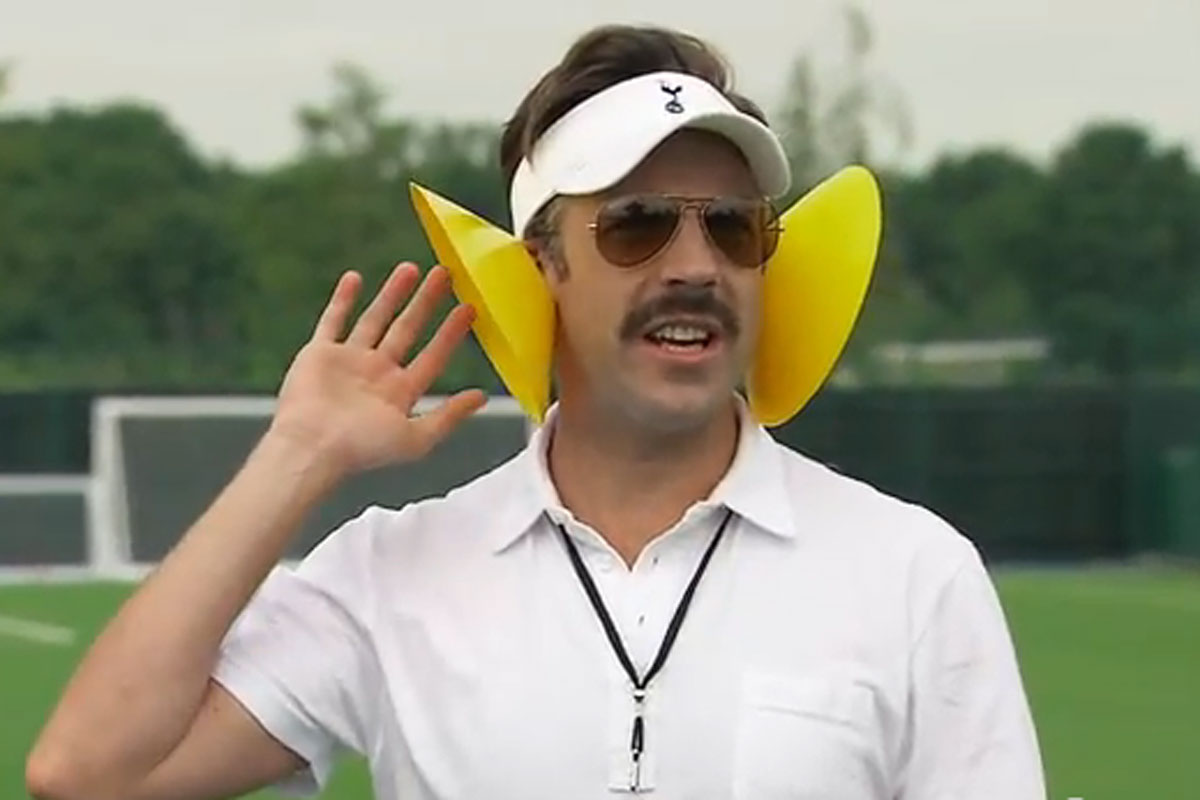