Canon invited six photographers to a portrait session with a twist

Canon’s belief that a photograph is shaped more by the person behind the camera than by what's in front of it was put to the test when they invited six photographers to a portrait session with a twist. 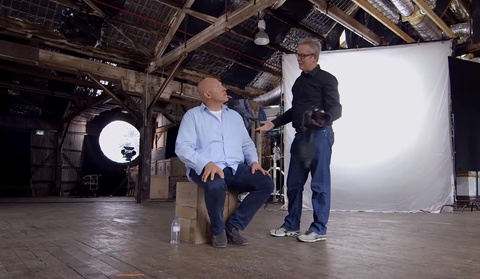 “Decoy” was one of six experiments from The Lab, designed to shift creative thinking behind the lens and is Leo Burnett Sydney’s latest work for Canon Australia, which challenges the notion of ‘the camera never lies.’

The campaign film has racked up more than 4.6 million views on YouTube and captures a portrait session with a twist and plays on the idea of perspectives, especially of the people behind the camera.

Six photographers were engaged in this experiment, which shows that sometimes how you approach the subject affects the story you tell.

The photographers were invited to a portrait session of one man, and told to photograph him for his personality. His life story consisted of being a self-made millionaire, someone who has saved a life, an ex-inmate, a commercial fisherman, a psychic, and a recovering alcoholic.

The twist? All these life stories are made up. It makes us realise how much we judge people on the story they present to the world.

The Lab will showcase six different photography experiments altogether. The second of which has already rolled out – “Evolution”. In the experiment, six photographers were invited to shoot everyday objects, with one simple rule: nobody shoots the same photo twice.