Dior’s new campaign, in time for Valentine’s Day, reminds us that not every fairytale has to end in marriage. 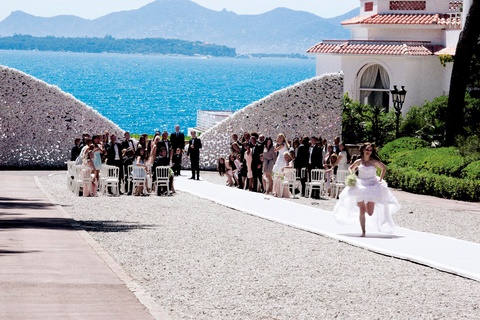 Natalie Portman plays Miss Dior in a 90-second film directed by Anton Corbijin, which switches from monochrome to colour shots.

We see Portman flee her Cote D'Azur wedding to the sounds of Janis Joplin's ‘Piece Of My Heart’, in the new campaign for the bestselling Miss Dior fragrance. 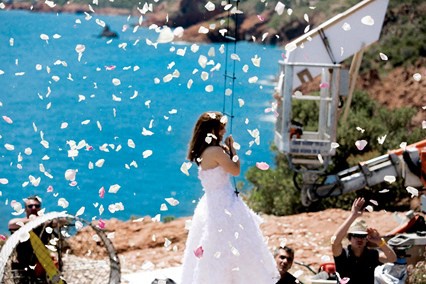 In the film, the actress plays a nervous Miss Dior ready to be given away by her father, before she runs away, casting aside her shoes and stripping from her Dior Couture gown into a strapless black dress ready to be picked up by the hovering helicopter, which eventually pans out to a scenescape of the Paris skyline.

"The story is about escaping, about getting away from all the things that tie you down in life," said Anton Corbijn, who directed the film. "Natalie Portman was fantastic. She is real, she's genuine. You can see it on the screen, and people relate to it. I think that this 'truth' is more important than beauty. Being a beautiful woman is not enough. She's a real person, a good person, and her personality makes the difference."

The Miss Dior fragrance first launched in 1947 alongside Christian Dior's iconic New Look and Portman has previously been shot by Sofia Coppola and Tim Walker for the Miss Dior campaigns. Coppola's "Cherie" features Portman dancing around to the tune of Brigitte Bardot doing what people in perfume ads generally do.

Back in 1993, we featured in the magazine a Miss Dior spot titled “Braut”. Directed by Sebastien Chantrel for BETC Paris, it featured a bride dressed in a flamboyant purple veil and skirt, who bursts through a pair of great wooden doors. She descends an enormous spiral staircase as a preacher calls her vows, "to love and to cherish, to obey his requests to serve his demands."

Meanwhile her bridal train spills out behind, covering every step all the way down, where a man awaits her at the bottom of the stairs. She leaves her cape behind and runs into the man's arms.

For the Lady Dior branch, David Lynch wrote and directed a 16-minute film called “Lady Blue Shanghai” in 2010. The film focused on the circumstances leading to actress Marillon Cotillard hearing 1920s music and seeing the mysterious appearance, with special effects using smoke, of a Dior handbag as she enters her hotel room in Shanghai. 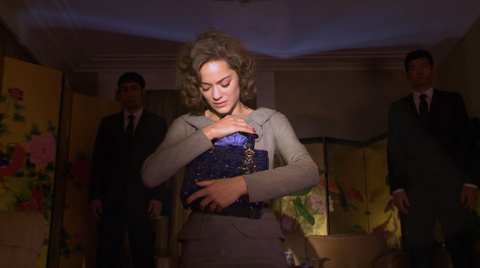 In 2011 Dior launched a short comedy film called “L.A.dy Dior Hollywood” starring brand ambassador Cotillard, which shows the Academy Award winner throwing a fit in the middle of a photoshoot whilst holding her Dior bag. 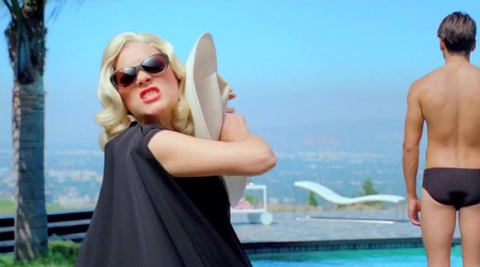 In 2014 the brand extended their collaboration with Cotillard with a social video featuring “Snapshot in L.A.,” a song she co-wrote and performed. “Enter the Game” shows the actress lounging beside a pool wearing Dior, defying gravity and hopping across the surface of the water and performing choreographed dance moves. She co-directed the five-minute branded video alongside Elliot Bliss.

In one gravity defying scene, Cotillard gets a running and appears to be diving feet-first into the swimming pool, but the camera angle shifts to show her bouncing across the water.