Dulux imagines a future which experts have predicted will be colourless in a sci-fi inspired spot.

Whenever we imagine the future, it is always in dystopian grey or utopian white. “It’s not just in sci-fi movies,” says Dulux. “Open the newspaper to any property section and you’ll see every home is painted uniform white. Since the vibrant 1960’s, the paint colour most often bought, has increasingly been white or beige. But who says the future can’t be colourful?”

Dulux’s “Colourless Future” film by BBH London is set 30 years in the future when the world has forgotten colour. Everything is sterile, ordered and precise. Huge cities are encased under vast white domes. Seemingly, it's a perfect ‘utopia’. But beneath this pristine surface something is lacking, and although there is no hate, no pollution and no crime there is also ultimately, no emotion.

The story, directed by Somesuch & Co.’s Daniel Wolfe follows Callum a dome painter whose monotonous and spiritless job it is to endlessly keep the city white. Callum encounters Frida, who shows him the underground world of the colour rebels who want to remind the world of the joy colour can bring as they store and collect objects, art and tins of Dulux paint.

We see our protagonist transformed by the impact of colourful surroundings and along with Frida, they campaign to enlighten the dystopian world with the positive effects of hues. The spot ends with a dome painted in Dulux’s very own shade of ‘Copper Blush’.

“Living in the modern world can feel like you’re being brainwashed with visions of clean, minimal perfection, from the smartphones in our hands to the new-build apartments painted ‘estate agent white’. If we give in to this accepted wisdom, we’re signing up to an emotionless future,” explain Martha Riley and Nick Allsop, Creative Directors at BBH London. 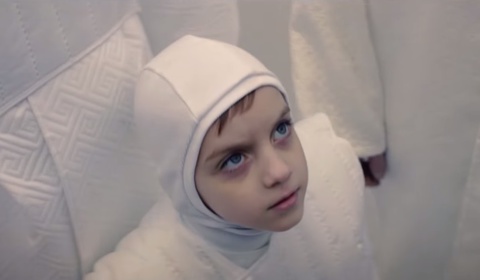 “Colour is powerful, an act of individual rebellion against a cold, blank existence. Daniel Wolfe is Britain’s most exciting and dangerous young film-maker, and he’s the perfect choice to turn these truths into a thought-provoking sci-fi epic with scale and emotional truth.”

A model city of 500 buildings was used in the shoot to create the ad’s backdrop, elements of which were then augmented with the images and details from real locations using photomapping techniques. Hundreds of coloured props were collected and rented to explain the story of colourful objects being contraband in Callum’s world.

“We need colour. Better explained with childlike simplicity, as in The Great Blueness and Other Predicaments,” says director, Daniel Wolfe, referring to the quote: ‘In a time known as the Great Greyness, a wizard discovers the colour blue in his laboratory. He soon realizes that Blueness is not so perfect either, and that more colours are needed to make the world so beautiful that it will never need to be changed again. Full colour.”

An interactive counterpart on the Dulux site allows the viewer to click on objects and walls in the ad to further explore and even purchase the shades used. 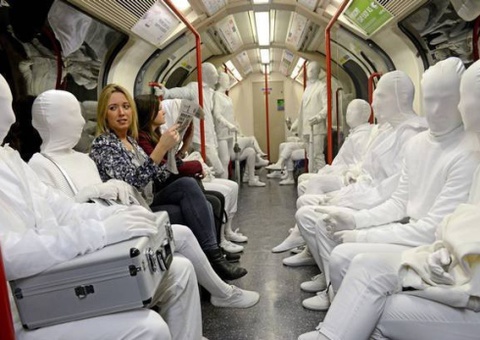 As part of the campaign, Dulux also sent a troupe of commuters, clad head-to-toe in white, around London with the aim of inspiring people to embrace colour in all areas of their lives. 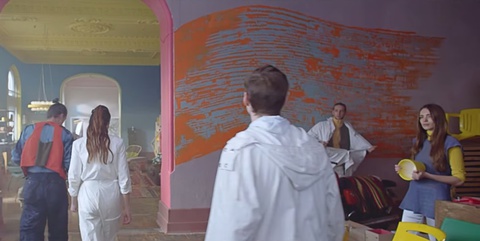