Adolf Hitler is killed as a boy by a speeding Mercedes in this unofficial spec ad created by film students – not Daimler. 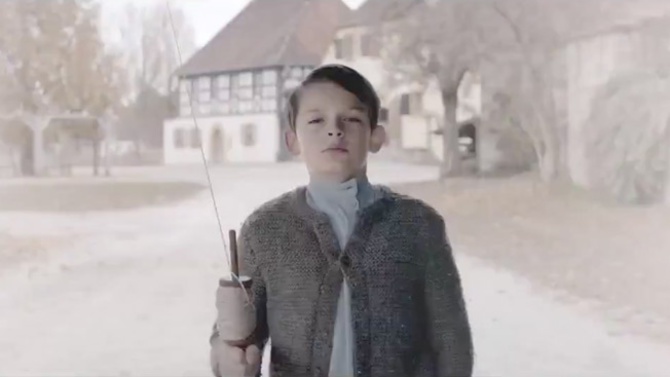 A C-Class Mercedes-Benz is the vehicle of young Adolf’s destruction in this well-made yet odd parody. The 80-second clip was created as a thesis by film students and features a driverless car in the timbered Austrian town of Braunau am Inn, stopping for children playing on the road just in time.

The final image we see is a mowed down never-to-be Führer sprawled out on the snow with his limbs shaped out like a swastika.

The viral ‘ad’ has not gone unnoticed by Mercedes parent company, Daimler, who is miffed at the well-made film and forced the students to plaster disclaimers all over it.

“Unauthorised spot – no affiliation with Mercedes/Daimler AG” reads subtitles at the start of the clip, created by students at southern Germany’s Ludwigsburg film academy. Mercedes said it found its contents inappropriate.

"We believe it is entirely inappropriate to use the death of a person/child or contents related to National Socialism in an advertising spot, even though it is a fictitious spot," said a statement from Daimler.

“Mercedes sells its cars on smart technology which prevents accidents – we wanted to pose the question of what might happen if technology had a soul,” said Tobias Haase, the video’s director who made the clip with Ludwigsburg students Lydia Lohse, Jan Mettler and Gun Aydemir.

Five days after its release – and at the time of writing – the video has already tallied up 1.7 million YouTube hits.