Forsman & Bodenfors’ film for Swedish grocery chain, Coop, reveals what happens to your body when everything you eat is organic. 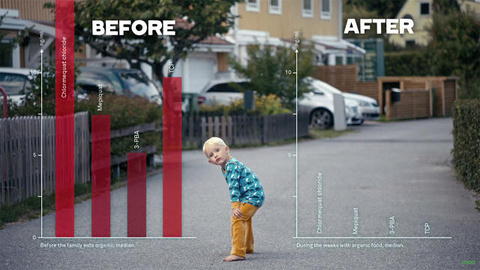 Meet the Palmbergs – the subjects of Coop supermarket’s film directed by Marcus Svanberg. By releasing this 90-second film, the Swedish grocery brand says it is the first supermarket chain in the world brave enough to show their customers what scientists have known for years: If you eat conventional food, you have a number of pesticides in your body. And if you switch to organic food, most of them will be gone within a few days. 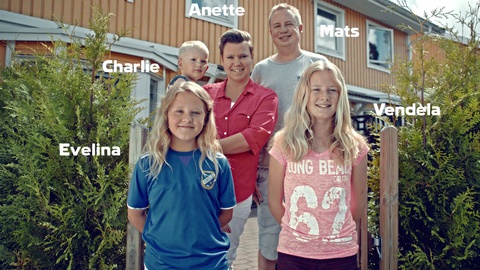 But this is an international issue, since what we eat comes from all over the world. And the result of this experiment concerns everyone who eats.

So while the primary goal of the campaign is to strengthen Coop's brand in Sweden, it also aims to give organic farming a push globally. 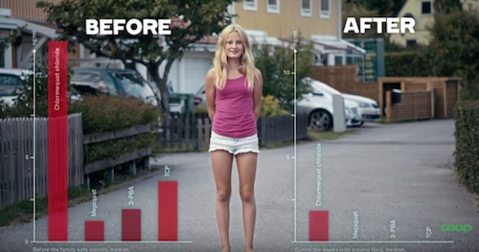 The film was produced by Acne films and the tests were conducted by the Swedish Environmental Research Institute IVL.

The experiment was inspired by scientific studies showing that if you eat conventional food, you have a number of pesticides in your body. And that if you switch to organic food, most of these pesticides will be gone within a few days.

“Very few people know about this, perhaps because very few people read scientific reports. So we decided to conduct, and film, an experiment with a family switching from conventional food to organic,” explains Forsman & Bodenfors.

“We recruited a family that didn't eat organic food, the Palmbergs. Then we recruited IVL, who made it clear that they couldn't guarantee that we'd see the same result. It was likely, but not certain.”

They started by choosing twelve pesticides to look for. (You only find what you look for, so among all the different pesticides that are used in the world today, they had to choose a manageable number.)

The first week the family ate only conventional food, and urine samples were taken from everyone in the family, every day. Eight of the chosen twelve pesticides showed up in their urine.

Then they switched to 100 % organic food for two weeks. New urine samples were taken, and after a few days almost all of the pesticides were gone.

"We were surprised when we realized the number of pesticides we put into our bodies when we eat conventional food. Now we eat a lot more organic food", says Swedish mother, Anette Palmberg.

You can actually find IVL's full report on Coop’s site.