From Honda to an ode to to tea: a pick of the latest feel-good commercials

From Honda’s speed reading test to an animated spot crafted with 100,000 tea bags – take a look at our pick of the latest feel-good commercials.

Not many commercials can retain the viewers’ full attention, but Wieden + Kennedy’s latest delivery for Honda totally sucks you in – devoid of all hyperbolic adjectives. After their impressive “Other Side” and “Hands” ads, this new 40-second spot directed by Man vs Machine opens on a sandy desert and asks viewers to “Keep Up” with the words on the screen in a speed reading test. A manifesto is delivered one word at a time, with the pace increasing throughout the film, intercut with glimpses of the new Honda fleet

Honda even invites you to go even faster here with a 30-second version. At approximately 500 words per minute, the fast-paced message proves that everyone is capable of achieving more than they initially thought. The energetic soundtrack, composed by Wah Wah with sound design by Factory, was created to further encourage the viewer to keep up. It’s utterly captivating - and once finished, it leaves you with a little nugget of accomplishment. 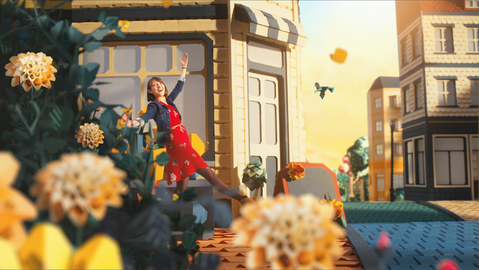 Now over to an AMV BBDO stop-motion spot for Twinings Tea. “Drink it all in” has been inspired by the Golden Era of musicals and multi-plane animation techniques (pioneered by Walt Disney in the 1930s) and is set to the sound of Sophia Loren’s ‘Bing, Bang, Bong’. BAFTA winners Mikey Please and Dan Ojari of Parabella Studios take viewers on an enchanting adventure from the first refreshing sip of the morning to the final, savoury drop.

The feel-good ode to the humble British cuppa mixes charming CG with a pinch of pointillism and a nod to David Hockney. Parabella shot 3D models on layered planes, creating a captivating sense of depth and perspective. The set was crafted using 100,000 tea tags and 50 different paper folding styles. The pair also animated the ad’s female star frame by frame, all in-camera. 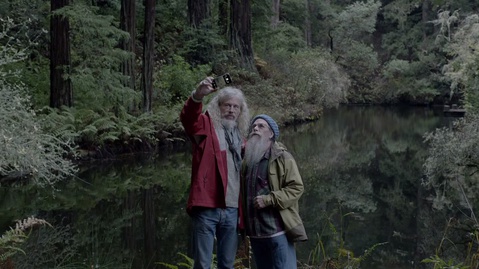 We leave you with this sentimental offering from Facebook, based on the social media platform’s core philosophy: “Our Friends”. The 60-second spots from Facebook’s in-house agency The Factory (headed by former TBWA/Media Arts Lab creative Scott Trattner) are beautifully directed by Mike Mills through MJZ.

“Our Friends” features an instrumental cover of Rihanna’s ‘Umbrella’ while “Friend Request” runs with the Cure’s ‘Close to Me’ and “Girl Friends” with Madonna’s ‘Like a Prayer’. A voiceover delivers uplifting mottos: “They drag us into their madness. Make us heroes in their stories. So we let their likes become our likes. And the things they share become the things we share.” So forget all those annoying pokes and Candy Crush requests for just a moment and enjoy the feel-good sentiment of friendship.