Girls will be boys in Tom Ford's Lips & Boys

Tom Ford's latest video showing off his Lips & Boys lipstick line features androgynous model Erika Linder as one of the boys. Plus Matthew McConaughey returns for Lincoln. Take a look at a round-up of the latest ads. 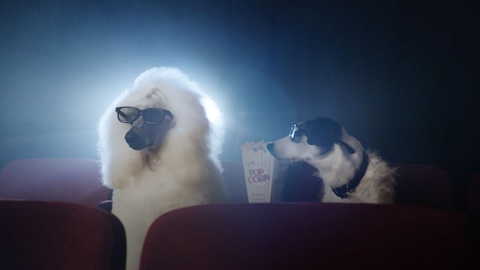 Linder has previously starred in a video for Crocker jeans where she plays both the male and female lead. The ad itself isn't anything special, but the casting is a great move.

Elsewhere, Matthew McConaughey has returned for another round of bewildering spots for Lincoln. In the first ad from autumn 2014, Cannes award winning director Nicolas Winding Refn – the director who brought us Drive and Only God Forgives - collaborated with the Oscar winning actor "Bull," for the launch of the new Lincoln MKC. It became one of the most parodied ads.

In two new ads by Hudson Rouge and directed by Winding Refn, McConaughey contemplates balance in life. Rain and a huge sunroof also features. In one of the spots, the actor remains completely silent.

"It's not about hugging trees. It's not about being wasteful either," says McConaughey about the MKZ Hybrid. "You have to find that balance. By taking care of yourself, it takes care of more than yourself."

FCB Inferno also brought us a great motor ad for, the BMW i8 titled “Curiosity”.  By Mirror Mirror director Tarsem, it depicts a prehistoric figure whose curiosity persuades him to jump aboard a stampeding horse. Only by indulging his instinct for adventure and risk will the bearded hero discover how much more ground he can cover on horseback.

Moving on to a spot for ADOT.com by Ogilvy & Mather Japan. You may have noticed the Christmas-themed Print Ad of the Week a couple of weeks ago. The ad for the mankind awareness organisation begged the question: What will it take for you to see homeless people this winter?

The campaign's video counterpart, “Homeless Lights” features a version of Radiohead’s Creep as we’re shown a number of homeless people who have been decked in Christmas lights. Although it was targeted for the holidays, homelessness is a plight that exists throughout the year.

We'll leave you with the latest instalment from the Red Brick Road for Thinkbox, "Harvey and Harmony", where our canine friend is this time using the power of TV advertising to persuade his owner to let the love of his life, a magnificently coiffured poodle called Harmony, come to live with them.