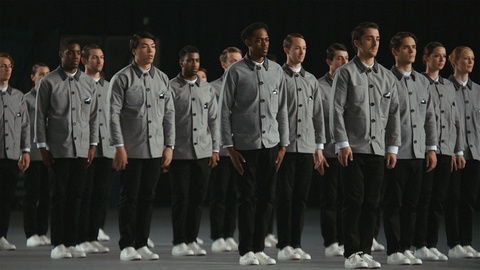 There’s something about Honda adverts that manages to keep the viewer’s attention, and this offering by mcgarrybowen is no exception. Directed by Somesuch’s Kim Gehrig (who was a the help of Sport England’s  audacious “This Girl Can”), “Stepping” delivers a visual symphony that marries theatrical choreography with visual effects – set to a high-energy drum and bass classic. It’s simply mesmerising to watch.

The 60-strong troop performing the intricate routine is made up of dancers, parkour specialists, stuntmen, drummers and various musicians. Award-winning choreographer Supple Nam put the group through their paces, with over six weeks of rehearsals before the final shoot in London's Wembley Arena. And the spirit of the nineties is definitely alive with the choice of soundtrack, M Beat’s “Incredible” featuring General Levy’s vocals, which became an anthem during the decade’s Jungle music scene in the UK.

The spot ends with the tagline "Precisely. Pleasingly. Perfect." It was inspired by the Japanese cultural phenomenon of Shuudan Koudoum, or ‘precision walking,’ where people take part in competitions every year.

“The spot heroes the new HR-V’s precise design, a vehicle meticulously crafted to be perfectly in step with people’s everyday lives,” says Bevis Jones, who led the ad’s visual effects team at MPC. 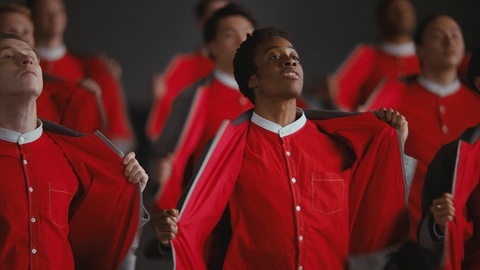 “We carried the same level of craftsmanship into the production, the spots precise arrangement of people all perfectly choreographed to the HR-V’s movements the result of rigorous testing and attention to detail. Each step, each flap of the jacket and each move of the dancer’s bodies was scrutinised to the tiniest detail. Kim wanted us to push the boundaries of reality, so it’s difficult to tell what’s real and what isn’t.”

MPC carried out the all-important pre-visualisation stage, where they determined angles, lenses and camera moves, with special attention paid to the trickiest shots. The regimented jacket flapping was created by using forced perspective and a long lens, with the group spaced out much further apart then they seem (like when tourists pose ‘against’ the Leaning Tower of Pisa to make it seem like they’re causing the lean). 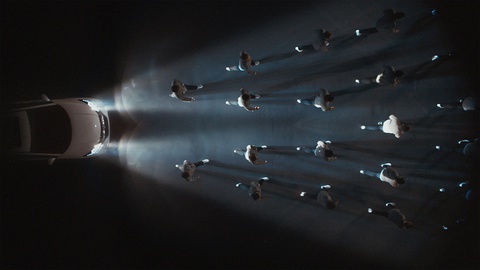 Filming from above brings the group together; meaning much of the shot could be captured in-camera. Specially built roller rigs, multiple separate plates and a floor covered in marking tape all combine in the sequences, with crowd replication technology also employed by the team in the wave shot and jacket sequence.

Honda’s ads have a tendency to suck you in. Wieden + Kennedy’s spot from this year opened on a sandy desert, asking viewers to “Keep Up” as words rapidly appeared before them on screen, challenging them to a speed reading test. A manifesto was delivered one word at a time with the pace increasing throughout the film, intercut with glimpses of the Honda fleet.

This year Honda also laid claim to the world’s first ‘never-ending’ YouTube clip with a clever little spot for the CR-V, again from mcgarrybowen, London. Set to the hypnotic whistling of Bernard Herrmann's soundtrack for Twisted Nerve, the "Endless Road" ad adopted the Droste effect showing the car travelling continuously in a world within a world.

The video used real-time weather data to match where you are on the YouTube platform. It was the direct follow up to Honda “Illusions” - winner of a Gold Lion at the 2013 Cannes Lions.