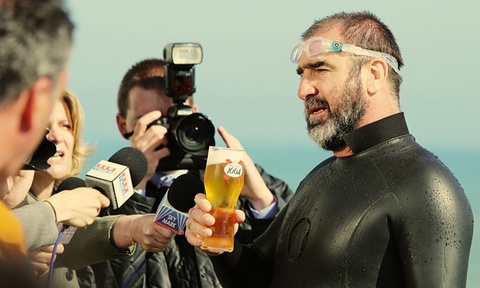 For some time now, Eric Cantona has been threatening to swim across the English Channel to prove his devotion to French-brewed lager Kronenbourg and in this spot by Ogilvy & Mather he finally delivers on his promise. Well kind of.

After challenging 10,000 discerning British beer-lovers to agree with his view that Kronenbourg 1664 is the most “suprême-tasting beer in the world”, Eric Cantona earlier this year vowed to swim the English Channel from France to Britain.

Having posed his fellow Kronenbourg aficionados the question, “How far would you go for a Taste Suprême?”, the former international footballer and Manchester United star stated: “Nothing is too far for Cantona. I will swim the Channel to salute your good taste.” 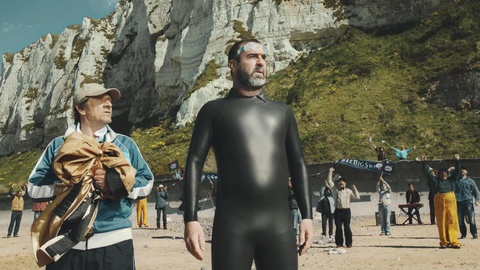 We see Cantona in his swimming gear to complete his 21-mile “Le Swim” – even flipping up the football-shirt style collars of his wetsuit, reminiscent of the trademark way he wore his football shirts. The star plunged into the chilly waters off the French coast, gliding through the waters with ease courtesy of some suprême swimmers duck fat, specially created by Michelin-starred chef Michel Roux.

Like Kronenbourg 1664, Cantona – now an artist and actor – became a much-loved import to Britain. Born in Marseille, he played for several French teams as well as his country  before ending his career in a blaze of glory at Manchester United. Seen by many as one of the club’s greatest players, he is still revered by fans as King Cantona and was inducted into the English Football Hall of Fame in 2002. 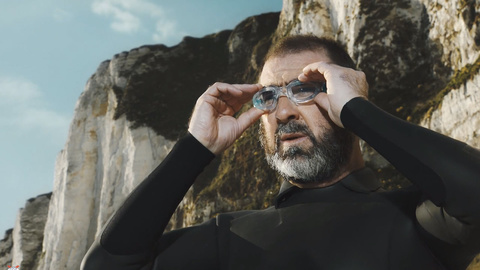 But in the spot we see Cantona's journey get easier as he hopped aboard a gleaming superyacht awaiting him out of sight of the well-wishers amassed to wave him off. Here, he swam the rest of the Channel in the blissfully warm waters of a luxury swimming pool.

Cantona, who once bizarrely said in a press conference “When the seagulls follow the trawler, it is because they think sardines will be thrown into the sea,” delivers like a pro in the spot which was directed by Ivan Zacharias. A great ongoing gag between the brand and fans - the accompanying cast such as the nun and yacht band providing the Chariots of Fire musical strains set the comic tone perfectly. 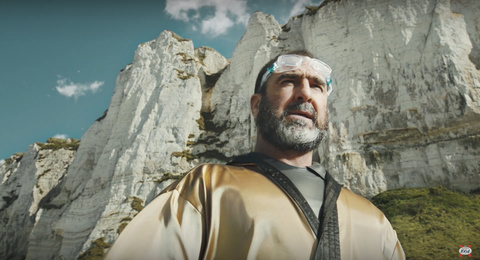 Check out the build-up spots: