John Cooper Clarke writes and recites an earthy poem in an advert for the National Trust from 18 Feet & Rising. 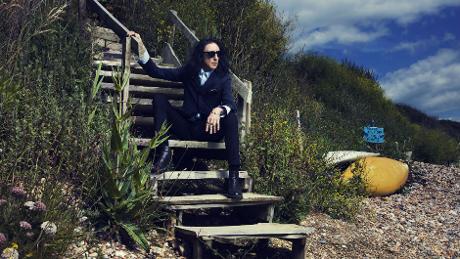 The renowned poet collaborated with the conservation organisation for England, Wales and Northern Ireland to encourage everyone to enjoy the UK coast this summer. The spot features beautiful images of the British coastline set against John Cooper Clarke’s distinctive voice.

Inspired by his own connections to the sea, Clarke’s poem celebrates the 50th anniversary of the Trust’s Neptune Coastline Campaign, which in May saw Roman god Neptune projected spectacularly against the White Cliffs of Dover. 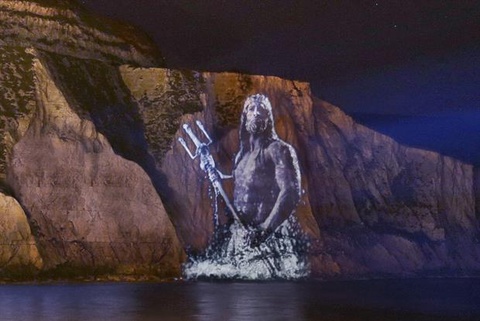 The Trust looks after 775 miles of coastline from the White Cliffs of Dover to the Gower Peninsula, the Jurassic Coast to the Giant’s Causeway.

Known for his punk poetry and work with music stars including The Clash, Plan B, Arctic Monkeys and Elvis Costello, Clarke’s poem brings the coast to life and forms the voiceover for a specially commissioned television spot.

“The sea has been a rich source of inspiration to me from year zero,” says Clarke. “When the sun’s shining on it, there’s nothing more beautiful and I can’t think of a better way to convey the metaphysical nature of the sea than through a poem.

“The sea is a glimpse of eternity available to every inhabitant, so I’m right behind the National Trust on keeping the coast beautiful and also maintaining the pathways that enable the more landlocked citizens of these islands to visit the coast”

“Nation's Ode to the Coast” reads:

A big fat sky and a thousand shrieks
The tide arrives and the timber creaks
A world away from the working week
Ou est la vie nautique?
That’s where the sea comes in...

Dishevelled shells and shovelled sands,
Architecture all unplanned
A spade n bucket wonderland
A golden space, a Frisbee and
The kids and dogs can run and run
And not run in to anyone
Way out! Real gone!
That’s where the sea comes in

To pen the rest of the poem the National Trust has asked for contributions from holidaymakers that sum up their love for the coast – they can take the form of words, pictures, social media posts or even sounds, with submissions made using #lovethecoast. The finished poem will be revealed in the autumn.

This is not the first time John Cooper Clarke has lent his poetry or voice to advertising. He’s featured on McCain’s “Chips for Tea” ad (he didn’t write the words for this one), a Sugar Puffs cereal spot, but most famously the Independent newspaper’s “Litany” spot by DLKW Lowe London, where he recited recites his own lines about the manifold rules and advice imposed on contemporary Britons - a mesmerising onslaught of quirky black and white images responds ironically.