July ads from the UK

From a jazz induced snack ad, to special effects taking you through the history of the English Premier League - here's a pick of July ads from UK agencies. 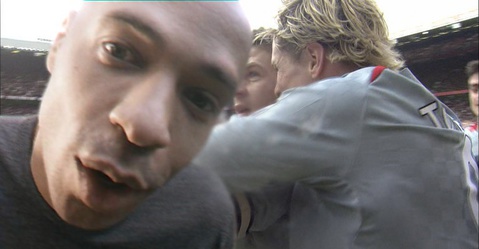 There are some egos that will always rub many people up the wrong way. TV host Piers Morgan is one of them, so that’s why AMV BBDO decided to include him in their “Please Not Them” ad for Lotto. By bringing the ridiculous dreams of celebrity players to life, the campaign plays on the fact that sometimes, it might be better for the nation if certain people’s dreams stay as just that: dreams.

In the spot Piers Morgan plans to destroy a beautiful stretch of British coastline, Camber Sands, in order to build a pier dedicated entirely to himself. Katie Price is the second celeb banking on Lotto to make her dream - a 24 hour, unavoidable TV channel featuring her in every programme - come true. AMVBBDO promises that as the campaign develops, UK audiences will begin to realise the true horror of the situation as a number of other celebrities reveal their own audacious dreams.

We’re kicking off with not one, but two Mother London spots. The first is this created this playful ad for the ongoing Ikea “Wonderful Everyday” campaign featuring a bunch of curious monkeys, well, monkeying around. The chaos occurs in an Ikea kitchen in the middle of the rainforest – a playground like nothing these monkeys have seen before.

Things pop, slide, turn and spin. They explore drawers and cupboards, each filled with surprises just for them. It doesn’t take long for their curiosity to turn into utter delight, reminding us all what a wonderful place the kitchen can be. The ad was filmed at the Jaguar Rescue Center in Costa Rica and the monkeys are all real. Go behind the scenes at the monkey sanctuary here.

Their second is for Ritz Crisp & Thin snacks which features a cover of the 1920s classic Puttin' On The Ritz by Grammy award winning American jazz musician, Gregory Porter. There’s a conventional ad, but there’s also a fun animated version from the brand which serves as a lyric music video (which capitalises on the YouTube trend started by fans for videos where a song's lyrics are spelled out in words on the screen), colourfully illustrated by Tomi Um.

The start of the English Premier League is just around the corner and broadcaster Sky Sports has come up with just the ad to get football fans hyped up for the new season. In the ad by Brothers and Sisters, viewers are taken back through history using archive footage from the last 23 years.

Arsenal veteran Thierry Henry suddenly leaps back in time to prove that “the Premier League is the best league in the world”, and relives the joy and pain of Sky’s coverage alongside the players, managers and fans of the day. The spot was crafted by the Outsider and Electric Theatre Collective.

Visual effects techniques sees Thierry join Sir Alex Ferguson as he wins his first title; to Thierry consoling Kevin Keegan after Newcastle loses to Liverpool. He even comes face to face with his younger self when Arsenal won the League at White Hart Lane, as he asks: “Did someone mention the Invincibles?"

Attention to detail included building a tunnel wall to extend the scene and create parts of the shot to allow Thierry to “eavesdrop” on the Manchester United Roy Keane’s argument with Arsenal captain Patrick Vieira in the famous tunnel bust up.

A key part of the creative process that took more than five months was replicating the cameras and lenses used in the original footage across 23 years of Sky Sports coverage of the Premier League. Post production then reshaped space and time to allow Thierry to take his walk down memory lane.