Leo Burnett’s ad for Kellogg’s Crunchy Nut spoofs the 1922 horror movie, Nosferatu and is a twist on the cereal brand’s familiar 'trouble is they taste too good' tagline. 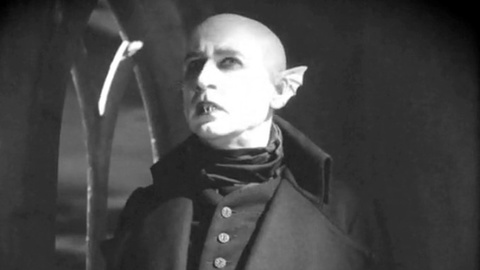 With the help of production company Rattling Stick and director Daniel Kleinman, the creative team managed to recreate the look of the silent film era – right down to the square aspect ratio.

The commercial was shot in colour using an Arri Alexa camera, allowing the post effects team at Framestore a huge amount of control in the edit. Senior Flame (a visual effects software) artist Chris Redding created a custom process that took different levels colour from the original image and then added real film grain, dirt and scratches into the final shot.

The director wanted to reduce the detail of each shot so that it would resemble the effect of older lenses. Clever blurs and flickers were added in Flame to mimic the dated film and projection quality without softening the image overall. 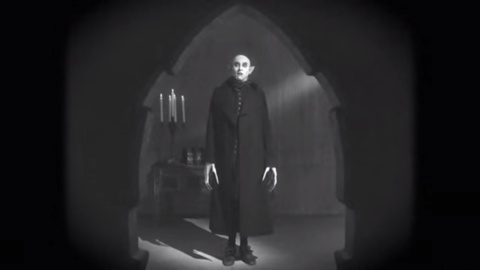 Work was also done on the church bell which plays a major part in the commercial. A 3D model was made by 3D VFX artist Simon French, with flame textures and custom texture maps layered on top to create a metallic effect, before lighting was added to cast shadows both in and outside of the bell. Further post-production work was done extending the set and adding in gloomy skies in the windows to bring the old film concept to life.

“The main challenge was getting the balance of the dated look of the film exactly as Daniel wanted it” explained Chris. “I think to begin with I was a little heavy handed with some of the dirt and scratches, but working closely with Daniel we got everything to a point that just feels 'right'.”

The entire crew also got into the spirit of things by dressing up in 1920s costume - showing true commitment to the period of the fim.

The theme of the cereal ad is timely, as the Toronto Silent Film Festival recently took place. Their campaign pondered how to promote a film festival about the past, today. Red Lion Canada decided to put the spirit of the festival into young people’s hands using Instagram, which allows users to create their own silent film festivals on the photo and video sharing app by using scenes from films in the festival’s 2015 line-up.