What happens when a pineapple and an apple pie meet each other? Lola Madrid’s Scrabble spot tells the story of a star-crossed pair through anagrams. 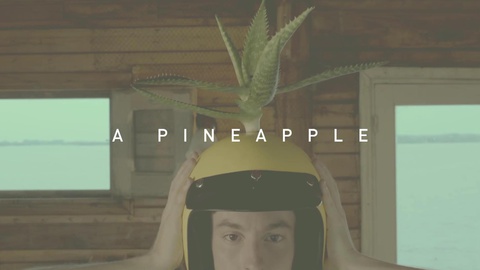 "Anagram Lovers" employs clever wordplay and presents the stories of Agostina and Santiago. Though they've never met, anagrams link almost every aspect of their lives. She's a "cab driver," he's a "crab diver." She frets about being "forever alone," while his life seems as dull as "a veneer floor." Even their names, in case you hadn't noticed, are anagrams.

The spot promotes Mattel’s classic board game, Scrabble where knowledge of words is essential. The English language ad, which seemingly aims to steer so-called “word nerds” towards the beauty of the offline world, will also run in French, Italian, Spanish and German throughout Europe this summer. 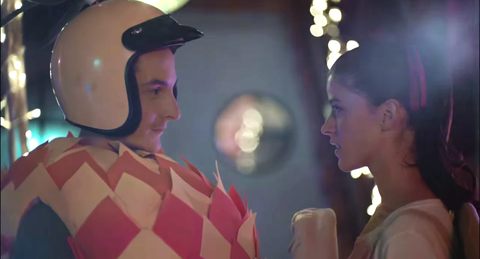 “The idea of using anagrams was a way to salute the intelligence of avid Scrabble players, but by using a love story, the spot became universal,” says Lola executive creative director Pancho Cassis. This communication was aimed at opening up to a broader audience, specifically younger players and non-players who spend a lot of time online but are seeking out offline experiences.

“[The goal] is to convey that words are magical and powerful, and that they connect us with people."

Rodrigo Saavedra's moody and whimsical direction takes on a Wes Anderson turn - something that many ads seem to be doing these days. Only recently, we told you about this homage to the director by Lipton Malaysia.

We weren't entirely sure how a homage to Wes Anderson helps to sell instant tea in Malaysia, but the film is quirky and enjoyable nonetheless. Creative Juice Kuala Lumpur’s two minute film features an obsessive Teh Tarik drinker and his humble servant who specialises on whisking the perfect cup.

There was also Wieden + Kennedy’s TV "The Messenger" spot set in the 1960s, which tells a story laced with Icelandic pluck and Skyr yogurt from dairy brand, Arla. A young telephone exchange messenger goes to extraordinary lengths to keep his community connected to the world, and each other, via the only telephone in their remote village.

Bowl after bowl of yogurt keeps him going; whether the message he’s delivering is difficult to swallow or a little more mundane, no obstacle is too big and no news too small for the young hero, who braves storms and vast distances to deliver these notes. The spot was directed by Dougal Wilson. The classic storytelling echoes the style of Stella Artois spots like the Jonathan Glazer-directed “Skating Priests”. Meanwhile the colour palette may look vaguely familiar to Wes Anderson fans.

Not forgetting the recent “The Postman Dreams” for Prada (for whom Anderson has already directed spots). The series of minute-long films by LA-based director Autumn De Wilde blurs the line between fantasy, so far depicting a postman at work, a couple in love, and a young boy using his mother’s bag as a battlefield.