The Cannes Lions predictions are emerging, including the Gunn Report Sweepstakes and Leo Burnett's annual round-up. Who do you think will take the Film Grand Prix? 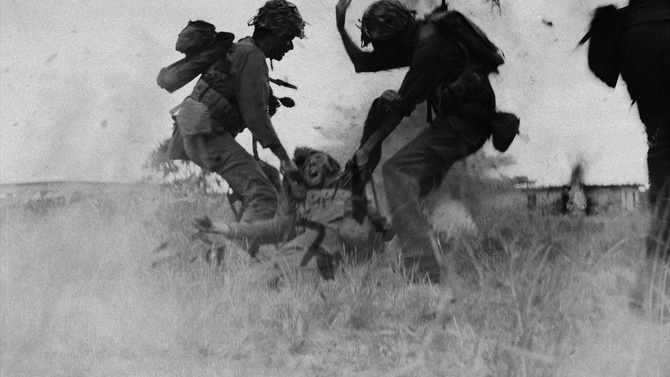 Brazil, France, Thailand and Sri Lanka are included in the list of countries that have been favourited as Lion contenders in the Film category, which will culminate the awards on Saturday 22 June at the Palais des Festivals on the French Riviera.

Lürzer’s Archive readers will already be familiar with many of the ads on the Gunn Report's Sweepstakes. This includes Midttrafik "The Bus" by M2Film, Auhus. Riding a bus has never been cooler than in the grand spot from Denmark.

Probably the most faux-epic public transport ad you’ve ever seen, "The Bus" featured in Volume 6/2012 of Lürzer’s Archive and won the Grand Prix at Epica 2012 (where our very own Michael Weinzettl was juror).

Leica’s monochrome "Soul" film, which appeared in Archive Vol. 2/2013 also appears on the list as well as on Leo Burnett's predictions. Using the subjective camera technique and narrated in German (as an homage to the birthplace of Leica), the F/Nazca Saatchi & Saatchi, Sao Paulo, film gives a fleeting glimpse of its life alongside a war photojournalist, up until the moment they both die.

The agency told Archive that Leica store Sao Paulo assumed the spot would only be appropriate for the Brazilian market. Once the spot was released online its visibility went beyond expectations, so they asked the agency to take it off Vimeo.

Others on the list include the cops and robbers style "Beer Chase" spot (Vol. 6/2012) for Carlton Draught by Clemenger BBDO, Melbourne, and Chysler RAM Trucks "Farmer" (Vol. 12/2013). The Super Bowl XLVII ad presents American farm life in magnificent photographs screened to a recording of "So God Made a Farmer" - a speech delivered by US journalist Paul Harvey in 1978.

Ogilvy & Mather, Bangkok’s "Smoking Kid" is one of two Asian ads listed. The other is Cerebral Palsy Lanka Foundation’s "Whistling Story" by Leo Burnett, Colombo. The television campaign aimed to raise awareness and features a child with Cerebral Palsy, who can only communicate with the aid of a Whistle.

Who do you think will win the Film Grand Prix? Let us know on Facebook.