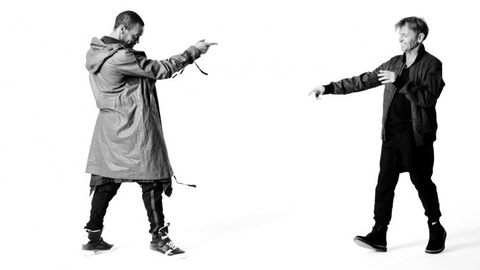 Rag & Bone designers David Neville and Marcus Wainwright opted out of participating the conventional runway show and instead showcased their Autumn/Winter 2015 collection with a short film – in the spirit that "runway shows don't resonate with the regular guy" according to Wainwright.

Georgie Greville directed the three-and-a-half-minute video, described as a ‘kinetic conceptual,’ which stars Mikhail Baryshnikov, 67, and Lil Buck, 26, as models and dancers in the ad. The duo's movements are paused, repeated and slowed down in the editing, as they dance unchoreographed moves to the beats of "Ongyilkos Vasarnap" by Venetian Snares. 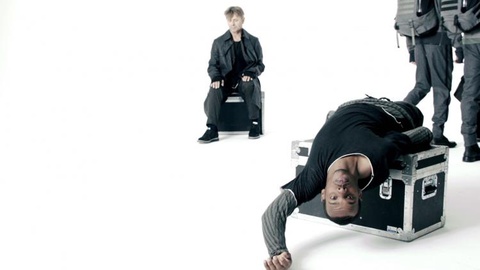 The video also starred redhead model Race Imboden, who has a Samurai-like modelling style, is also a world class Olympic fencer and the guy with the long dreads is Jon Boogz, the choreographer for Cirque du Soleil in Las Vegas.

“I was looking for ways to explode classic portraiture into film with the glue being subtle, gestural movements, both repeated and random, linking the shots together,” explains Legs Media director, Georgie Greville. “The thought was that the edit provided the choreography, the dance.”

A Man Ray chess set provides an added abstract touch we and Rag and Bone also provided some industrial antique speakers that added so much texture to the shots. 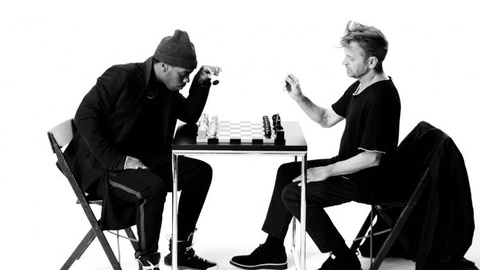 “Every single performance Buck and Baryshnikov gave was emotional and refreshing in how they interpreted my direction,” adds Greville.

“The team was crowded around the monitor the entire time, seeing what Baryshnikov and Buck would do next. Given the license to be as abstract as they wanted, they ended up pushing each other in very interesting ways. Baryshnikov’s first take made a few people tear up including me. Seeing an artist express themselves so fully and purely with that calibre of raw talent left was breathtaking. The man is a legend for a reason.”