Cannes award winning director Nicolas Winding Refn – the director who brought us Drive and Only God Forgives - collaborated with Oscar winning actor Matthew McConaughey on "Bull," for the launch of the new Lincoln MKC. 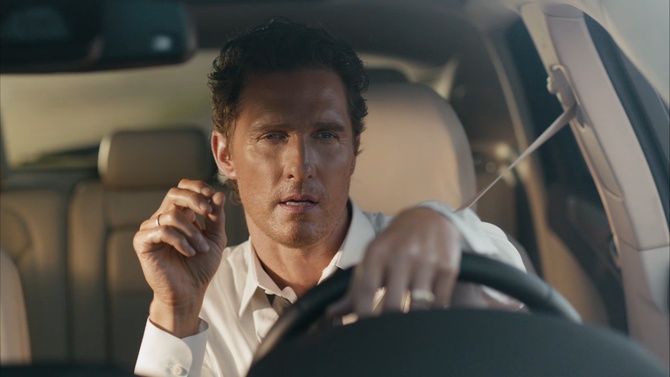 The stand-off spot is part of a series of ads created by New York agency, Hudson Rouge, which was formed by WPP to market Ford’s luxury Lincoln brand.

Shot in the actor's home state of Texas, it all begins with a standoff. Machine versus nature is exemplified by Matthew McConaghey in the Lincoln MKC as he sits nearly motionless in his MKC on a country road, transfixed by a 1,800 pound bull named Cryus who won't let him pass. 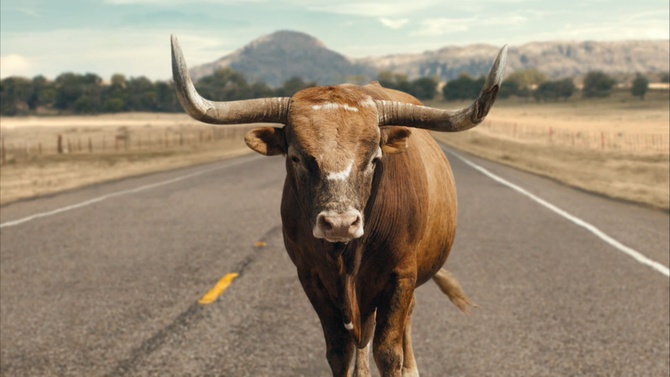 McConaghey, who won this year’s Best Actor Academy Award for his leading role in Dallas Buyer’s Club, launches into a philosophical monologue about the moment. He begins with the priceless line "that's a big bull."

The spot aims to captures the essence of the MKC campaign slogan "Live In Your Moment," while channelling his most recent role in the HBO series True Detective. (American comedian and television host Conan O’Brien couldn’t help himself and gave the ads a ‘True Detective Remix’.) 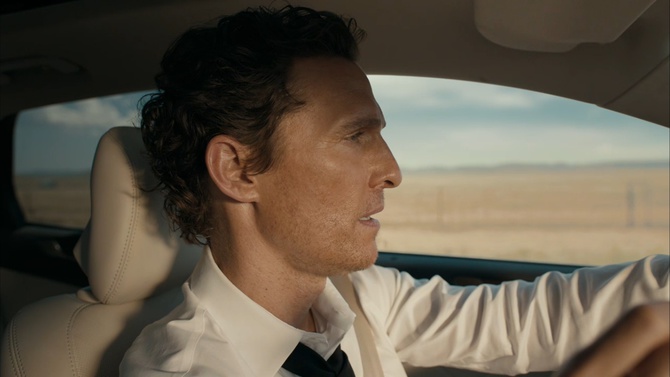 In a nod to Rust Cohle’s storytelling talents two other spots also rolled out. The 60-second spot, sees McConaughey driving around and philosophising on whether you can or can't "go back." In a 30-second spot, the actor talks abour that he drove Lincolns long before he was paid to do so.

“There is an authenticity about this vehicle, and it's reflected in this campaign,” McConaughey said in a statement. “It's easy to shut out the rest of the world, and Nicolas does a remarkable job of portraying that in these spots.”

“Small details were enhanced, removed or adjusted to create a seamless and mood driven spot, allowing the viewer to be effortlessly pulled into this slow burning face off,” says The Mill. “Sometimes it's best to take the long way 'round!”

When it comes to branded entertainment, Lincoln has mostly produced a series of shorts with independent filmmakers, and an interactive music video with Aloe Blacc and Interscope Records.

Last year, the Ford division sought to drive interest in the brand by working with independent filmmakers to create a series of short films. In the “Hello, Again” film series, each of the three short films from Jacob Hatley, Dana Turken, Nick Citton and David Ariniello took on classic Hollywood genres like screwball comedy, thriller-noir and the ’70s road heist.

Writer, director and producer Rodrigo Garcia mentored the filmmakers during the development and production process, with each short meant to tie in with historical aspects of the automotive industry while showing Lincoln’s brand transformation.