Nike’s “Find Your Greatness” dodges the marketing restrictions of London 2012.

We recently did a roundup of Olympic-themed ads to get you into the spirit of the games, but didn’t say that was going to be the end of it. London 2012 is under way and Nike’s latest video is riding on the buzz of just that.

The brand giant which is not an official sponsor of the International Olympic Committee or the London 2012 Olympics, unlike its brand rival Adidas, showcased its “Find Your Greatness” spot in 25 countries timed to coincide with the games’ opening ceremony.

This spot, directed by Seb Edwards, revisits the popular theme of celebrating the ‘little guy’ – whether in the form of an amateur marathon runner, the school wrestling team or the bedroom gymnast – all doing what they do for their love of sport. But there is not a celebrity or podium in sight.

It is no secret in the reporting world that that the London Organising Committee of the Olympic and Paralympic Games (LOCOG) is being extra rigorous to prevent other brand infringing on the official sponsors’ rights. Commercial limitations for non-sponsors include the use of the logo, the Olympic rings and even names such as ‘Olympic’ and ‘London 2012’.

Nike’s film (funnily enough, created by Wieden + Kennedy, Portland, who are responsible for the series of ads for official Olympic sponsor Proctor & Gamble) has tactfully dodged this by featuring these everyday people in in various Londons around the world.

The sports behemoth has form in this type of “ambush” marketing from previous major sporting events such as the Fifa World Cup 2012 where it stole the show from official sponsor Adidas with the cinematic “Write the Future” spot.

Fancy making your own covert Olympics ad? Here is the 60-page “Brand Protection” document from the games committee to help you on your way. 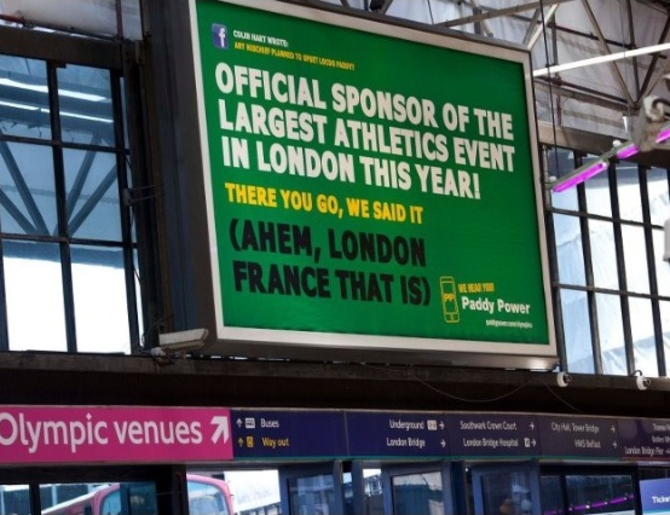 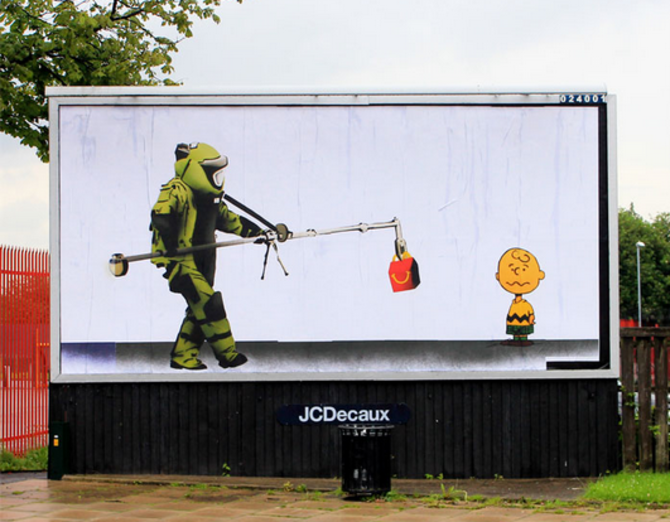 Image: In protest of the branding regulations, street artists known collectively as "Brandalism" reclaimed more than 30 existing billboards around the UK in the run up to the games, postering over the existing content with their own ad busts.