To promote the launch of Nissan's zero petrol, hundred per cent electric car, the LEAF, they created an installation in Sydney and Melbourne to show how petrol bowsers might be used in a 'world without petrol'. 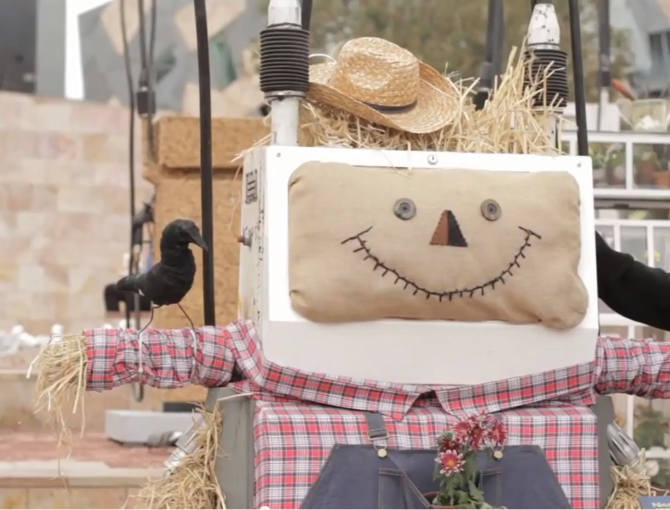 Have you ever thought what would become of petrol pumps if they become obsolete in the future?

Created by TBWA, Melbourne, 40 petrol pumps, known as ‘bowsers’ in Australia were artfully re-interpreted into useful or fun everyday items to express the fact that with the Nissan LEAF, fuel dispensers were no longer needed. The LEAF runs purely on electricity meaning the home is now the everyday filling station.

The installation has made transformations into practical solutions including mini-golf holes, a jukes box, grandfather clock, an amplifier for a busker, popcorn maker and dog kennel.

There are also a number of fun pieces including a ‘Zoltar’ (the wishing machine which featured in the film ‘Big’ starring Tom Hanks), the old school arcade game Pac-Man, a bubble machine and even a fully spinning disco ball – although the ‘ball’ aspect could be questioned as there is nothing spherical about a petrol pump.

People are free to walk up to the unique, interactive, re-purposed pumps and have a play. Nissan has invited them to vote for their favourite online, with the chance of actually winning one of the installations.

The interactive exhibition may remind some of you of Volkswagen’s “The Fun Theory” outdoor campaign from 2009 created by DDB, Stockholm which comprised of a series of experiments captured on video, to find out if making the world more fun can improve people’s behaviour.

One of the experiments asked: “Can we get more people to take the stairs over the escalator by making it fun to do?” and transformed a set of subway stairs into a real-life piano.

The answer was yes - 66 per cent more commuters in Odenplan, Stockholm did (and the YouTube video also went viral with over 17.5m hits to date). Another experiment turned a bottle recycling centre into an arcade game.

Nissan LEAF "A world without petrol" by TBWA, Melbourne.