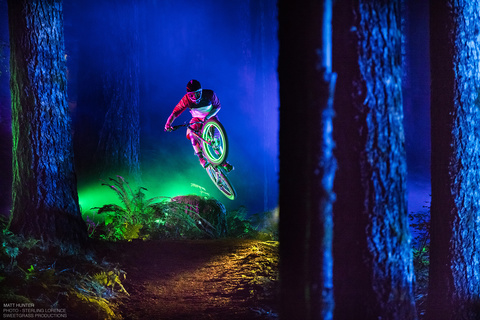 Trading snow for dirt, the brand’s new mountain bike adventure follows on from the technicolor glow-in-the-dark approach that made 2014’s ski film “Afterglow”, also by Sweetgrass, such a distinctive piece of branded content.

The ten-minute “Afterglow” film was the first ski flick shot completely in the dark, with a captivating rainbow of colours lighting up powdery runs as long as 2,500 feet throughout the backcountry of Alaska and British Columbia.

It didn’t feel like an ad, but it was: the branded content film created – in collaboration with Swedish agency Ahlstrand & Wållgren for Philips' Ambilight TV – won Best Cinematography and Best Short Movie at the 2014 International Freeski Film Festival in Montreal. The clip was shot entirely at night – a first for the genre – and directed by Sweetgrass founder Nick Waggoner.

The new film “Darklight” directed by Mike Brown takes viewers back into a world of light and colour and is the third collaboration between Sweetgrass and Ahlstrand and Wållgren.

The scenes follow professional mountain bikers Graham Agassiz, Matt Hunter, and Matty Miles on a mind-bending night ride through the moonscapes of Southern Utah to the Ewok forests of the Pacific Northwest, LED lighting rigs illuminating their dust blooms and highlighting their wheels. More equipment had to be used because of the poor light reflecting properties of soil, as opposed to snowy landscapes. 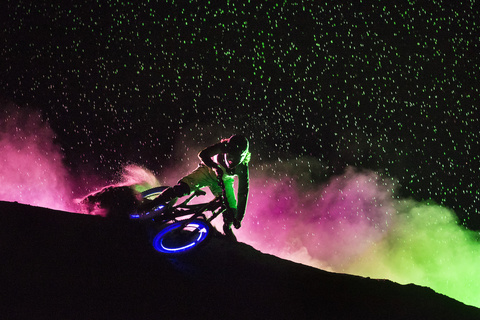 “A physically and mentally demanding production, this piece was shot during the midnight hours over three intense weeks,” says Sweetgrass. “With a scrappy and determined crew of 27, thousands of pounds of camera and lighting gear was slogged, rigged, soldered, hung and broken down each night.” 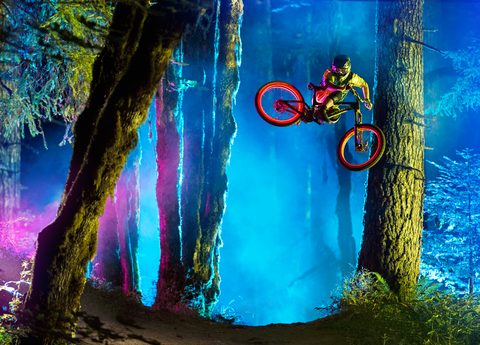 “Unlike anything ever seen before in the world of mountain biking, Darklight features arrestingly beautiful landscapes and world class riding. An evolution of its predecessors, Darklight continues to push the creative bounds of action sports cinema.”

Philips claims that no special effects or post-production tricks have been applied to theseven-minute film: everything you see was created through practical means.

The riders’ skills were captured on drones, TomTom Bandit action cameras and RED Dragon rigs shooting at 4K resolution and as with the other movies in the “Beyond the Ordinary” series, Darklight has been created as a showcase of the capabilities of Philips' Ambilight TV technology.