PHILIPS EXPLORE THE SOUND OF CREATION

“The Sound of Creation” - a new interactive microsite for Philips exploring the sound craft and acoustic design that goes into the brand’s Fidelio product range. 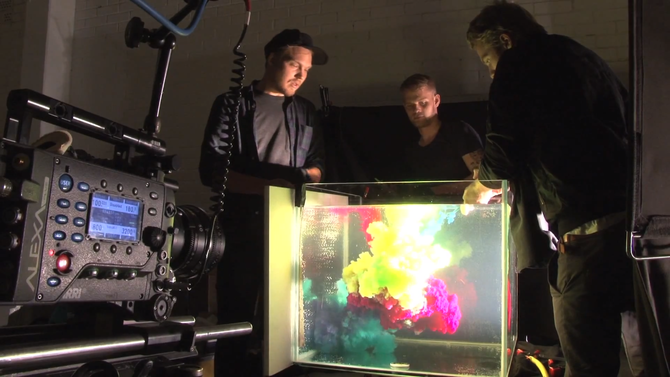 Image: Behind the scenes of filming

Tribal DDB, Amsterdam, and Stinkdigital teamed up with producer and songwriter, Ernest Greene (Washed Out), to create the site to celebrate the “virtuosity of sound craft”.

Viewable online at thesoundofcreation.com, the campaign visualises the production steps that went into the creation of the Philips Fidelio products, such as headphones, speakers and Hi-Fi equipment, giving you an insight of the brand’s “obsession with sound”. The basis of the campaign is nine steps, nine layers of music, nine videos, nine inspiring stories and nine products.

“Each step carries a unique soundtrack and an intriguing behind-the-scenes story. Some of these stories are funny, ridiculous, surprising or even unbelievable,” said Chris Baylis, ECD at Tribal DDB Amsterdam.

“We have spent a significant amount of time with engineers and designers from the Philips Fidelio range. This campaign wouldn’t be that special if it wasn’t for all the conversations we had. The anecdotes were fascinating and inspired us immensely.”

Integrated studio, Stink, invited Swedish film director Gustav Johannson to craft the films. The nine frames are gradually revealed on the homepage, which when clicked allow visitors to explore and play with the audiovisual layers. 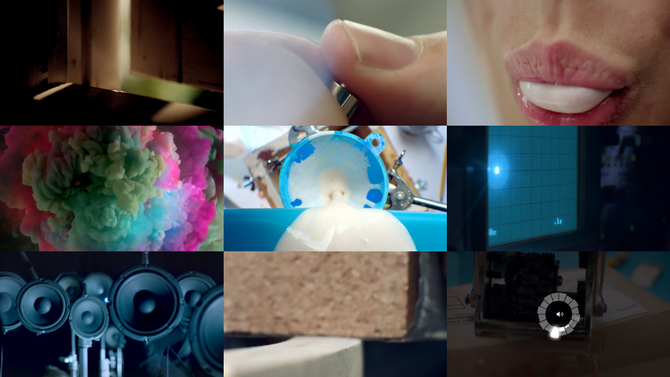 “Extreme close-ups that accentuate product and sound detail to the fullest were key to bringing our idea to life,” said Bart Mol, art director at Tribal DDB Amsterdam.

Step one, ‘Inspiration’, captures how the designers and engineers at Philips Sound studied the intricacies of air movement through a trumpet in their quest for perfection. ‘Improvise, which is step three, depicts how the floating tweeter on their first SoundSphere prototype was a bent spoon from the canteen glued onto an adjusted speaker with a piece of bubblegum.

Step five in the journey, ‘Improve’, tells you how the team took moulds of 400 different ear shapes in pursuit the perfect cushion for the Fidelio M1 headphones.

Washed Out’s experimental style and creative use of sound-loops results in a hypnotic track which slowly builds against the beautifully shot visuals.

“The experience builds as a metaphor for the creative process and the fully interactive digital experience celebrates the virtuosity of sound craft, offering music lovers and audiophiles a chance to explore the narrative of acoustic design and craftsmanship behind the Philips Fidelio product range,” says Stink.

The campaign is the follow-up to Philip's 2011 “Obsessed with Sound”, which was also created by Tribal DDB, Amsterdam. The interactive website allowed you to single out any of the 51 members of the Mteropole Orchestra – known for its non-traditional attitude to music – and “hear every detail”.

Video: Philips "The Sound of Creation - Introduction" by Tribal DDB and Stinkdigital

Video: Watch the Making of film of Philips "The Sound of Creation"