Prada explores the world of film with “The Postman Dreams”. The series of minute-long films blurs the line between fantasy, so far depicting a postman at work, a couple in love, and a young boy using his mother’s bag as a battlefield. 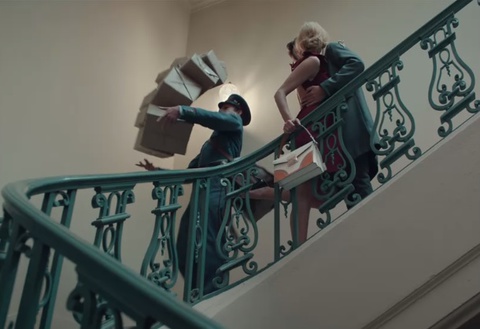 Prada has crafted a film project around its Galleria bag—the first film ever about this specific product.

“The Postman Dreams” begins with a humble postie; an ordinary man who slips into his extraordinary dreams whenever he gets the chance. The hum-drum fades away as he ushers a parade of colourful characters and wild places to your doorstep. 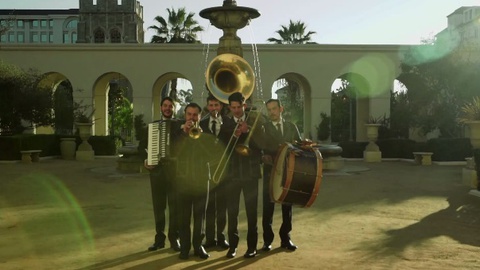 Prada says the film, written and directed by Autumn de Wilde, is a new strand in the designer brand’s exploration of the world of film.

LA-based director Autumn De Wilde has created five short films, all revolving around the character of a postman who wouldn't look out of place in Wes Anderson's The Grand Budapest Hotel. The character was inspired by classic film icons like the Marx Brothers and Charlie Chaplin. 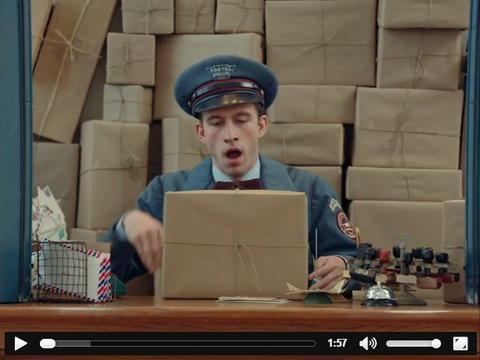 “A postman visits hundreds of lives for 10 seconds at a time when they deliver the mail,” says Autumn De Wilde. “I loved the idea of our hero visiting so many different worlds every day and dreaming up fantastic lives for the people he encounters.”

"I have long had a romance with the art of letter writing and collecting vintage stamps, so that and my fixation with uniforms made it all click.

"Prada loved my visual take on LA, so bringing Italy to my hometown of Los Angeles was the idea from the very beginning. What I love about this city is what a bizarre melting pot of obsessions it is." 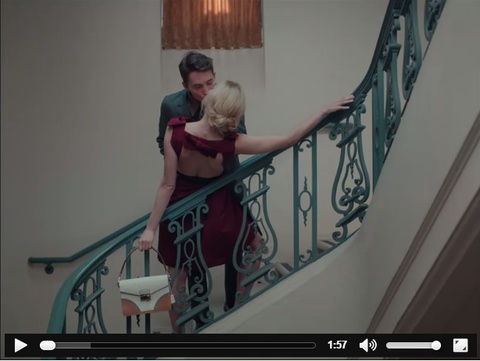 Other films in the series include “The Make Out”, and “The Battlefield”, which all tie together with a common thread of surrealism and fantasy. 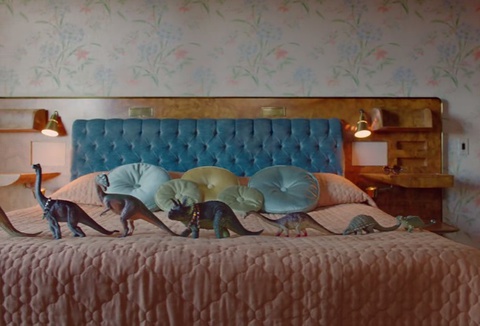 In “The Make Out”, we see a couple in love who are, well, making out. Up a long flight of stairs they giggle and frolic. We occasionally cut to the postman attempting a delivery of a pile of parcels just hanging on in the balance.

Whilst, in “The Battlefield” we see a young boy, Filippo, (who is complete with bow tie and waistcoat) pick up a Galleria bag. In his room he has lined up dinosaur figurines, and paper fighter planes, using the Prada bag as the final prop in his imagination’s battleship scenario. 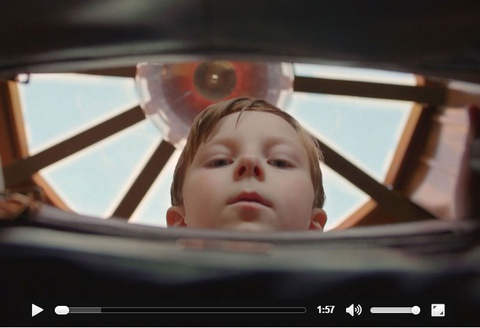 Two years ago the iconic Italian brand collaborated with Wes Anderson and Roman Coppola for the Léa Seydoux-fronted Prada Candy L’Eau campaign film, and the quirky vibe seems to have stuck with the Italian fashion house. Prada also worked with other artists of cinema in “A Therapy” - a 2012 film directed by Roman Polanski, starring Ben Kingsley as Helena Bonham Carter’s therapist.

The brand’s relationship with Anderson and Coppola for the brand’s November 2013 eight-minute film “Castello Cavalcanti” which stars Jason Schwartzman as Formula 1 racer, Jed Cavalcanti, during the Molte Miglia rally in September 1955. After crashing his car, Jed reconnects with elderly townsfolk who might be part of his extended family.

Watch all three films in "The Postman Dreams" series here.