Sainsbury's releases Christmas film from the trenches of 1914

The Sainsbury’s Christmas spot was inspired by an extraordinary event of the First World War: the Christmas Truce of 1914. 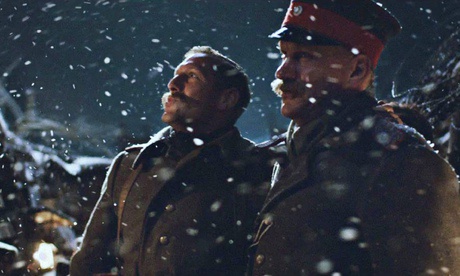 The three-minute and 40-second film from AMVBBDO London was directed by Ringan Ledwidge (who has also been behind some of John Lewis’ previous spots).

On Christmas Day 100 years ago, British and German soldiers put down their weapons and ventured into No Man's Land to wish each other Merry Christmas. The video portrays the truce, as it was described in letters and diaries from both sides. 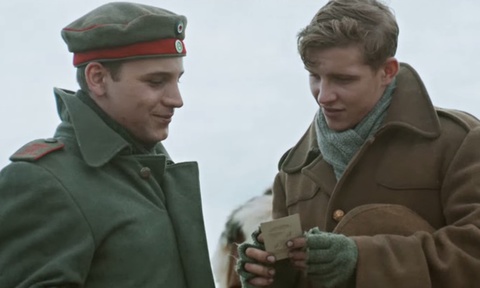 Soon both sides are exchanging stories and festive greetings and a football match takes place, before each side disperses back to their respective trenches. Otto, the young German soldier who has shared a brief moment of friendship with Jim is moved to discover that his British friend has hidden the gift of a chocolate bar in his pocket.

When Sainsbury’s released the Kevin MacDonald-directed “Christmas in a Day” in 2013, the British supermarket and Ridley Scott Associates gave the John Lewis festive campaign a run for its money. A year on, and some say that they’ve upped the ante and possibly even outdone the UK department store, which has over the years earned a reputation of the king of festive sentimentality.

“It’s like one of those stories you have to be so respectful of because obviously a lot of people lost their lives so you owe it to them to get it right,” says Rattling Stick’s Ringan Ledwidge. “I guess that there is a slight nostalgia to it, but I wanted it to feel very real so every emotion you’re seeing, it feels authentic.”

The chocolate bar featured in the ad is on sale now at Sainsbury’s. While some have questioned the tastefulness of using war to sell groceries - one journalist even calling it a "dangerous and disrespectful masterpiece"- profits of the bar will go to The Royal British Legion, a charity which the supermarket has had a 20-year relationship with.

"The Christmas truce is an emotive and cherished story in our history that is especially poignant in this First World War centenary year,” says Mark Given, Head of Brand Communications, Sainsbury’s.

That’s why we have worked together closely with the Legion to ensure we bring this moment to life with authenticity and respect.

"We know many of our customers feel as passionately about the incredible work of the Legion as we do. We hope our campaign will raise awareness and funds for the Legion and inspire our customers to share a memorable Christmas with family and friends." 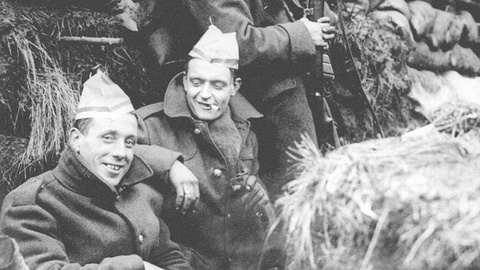