SHOUT OUT LOUDS RELEASE RECORD MADE OF ICE

With three years since Swedish indie rock ensemble, Shout Out Louds, released their last album they wanted their new record to be introduced in a cool way. Like literal cool. 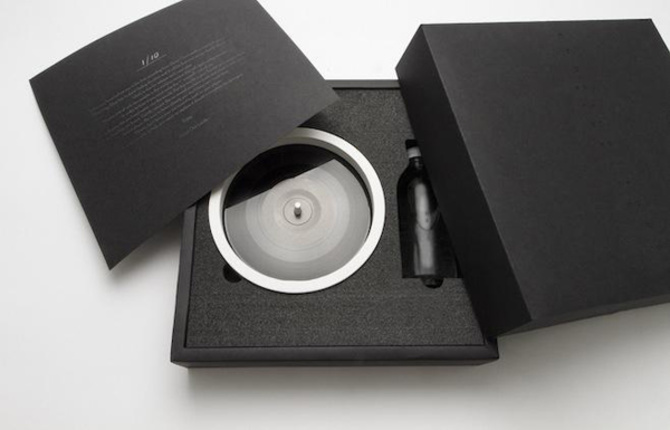 “Blue Ice” is the first single off their forthcoming Optica album, so the creatives at TBWA Stockholm decided to present the record not using vinyl – but ice.

Ten limited edition kits have been created and the promo allows people to create their own 7-inch playable record at home from frozen water. The kit comes with distilled water, used for its clarity, and a silicone freeze tray with a vinyl pattern inset for the musical grooves to form.

According to the band, “the mould is made out of two pieces. One negative 7″ vinyl cut made by a record plant in Germany from the original audio master and one silicon cap, the sole purpose of which is to hold the water still while freezing.”

Six hours later and you have yourself a hissing, warbling, lo-fi version of the track that has to be immediately removed from the turntable once the record ends before it melts. An apt allegory for a record described as being about “fading devotion”.

“We talked to professors at different universities telling us it would never work out, so we had to develop the technique ourselves,” TBWA art director Alex Fredlund tells online creative resource, Fast Co.Design.

“After receiving a negative imprint of the song’s master cut, they started experimenting; the office became a kind of amateur chemistry lab, and the team spent hours testing different types of liquid, various drying techniques, and multiple kinds of moulds.

“One of the biggest challenges was that the bubbles made the ice cloudy and messed up the tiny tracks, which made the needle jump.”

Don’t fret – this isn’t the music video for the track. An official music video available online allows users to enjoy “Blue Ice” in full HD quality. Fans can also get a free download of the ‘real’ version at the Shout Out Louds Facebook page.