Take a look at our ad round up for June

It’s Cannes Lions Week. Before hitting all those inspiring talks on ‘storytelling’ and ‘collaboration’, let’s take a look at some of the ads doing the rounds at the moment. 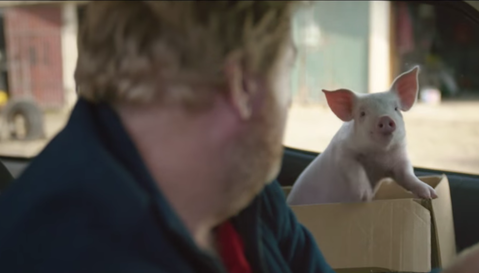 Ten years ago in May, YouTube launched in beta. If you can’t make Google’s set-up dedicated to the video sharing platform on the Croisette, at least wish it happy birthday by watching “The A-Z of YouTube”, which is directed by Hoku & Adam, James Curran and Victor Haegelin.

Flying Object is the agency behind the celebratory spot, which does a great job of drawing our attention to a whole host of highlights from a social platform that is now firmly embedded in popular culture.

Lürzer’s Archive veteran agency, KesselsKramer, is behind this “Manifesto” ad for Irish airline, Aer Lingus. Chris O’Dowd’s familiar voice serves as the narrative, putting forward the argument that a great airline from Ireland is inevitable because the Irish are blessed with “the travel gene”.

Director MJ Delaney’s imagery picks out different shades of green as well as quirky characters. Look out for the chihuahua pulling the wheely suitcase.

California’s RPA teamed up with directing duo Smith & Foulkes to craft a pair of animated spots for Honda promoting the brand's new CR-V Crossover (as well as the brilliant "Grrr", they directed the "Hands" idents). One – obviously – stars cars, while the other features a series of, erm, misshapen faces. “Give and Take” presents a series of people trying to reshape their faces with comical results.

Each time they make a change to one feature, another becomes distorted, with results similar to the hilarious effects in Apple's Photo Booth app - a light hearted take on the idea that you can't have everything the way you like (except, according to the voiceover, with the new CR-V).

Now it’s time for a delightful tearjerker. You may have seen this DDB Argentina spot doing the rounds on social media. That’s because it’s already had seven million hits.

A few seconds after hitting play, you know you’re going to be in for an emotional rollercoaster because it features the music from the film Up, an elderly man vaguely dressed as Carl Fredricksen, and his beloved dog. Rodrigo Garcia Saiz directed it for FATH (we won’t tell you what it stands for so you can fully experience the ending). 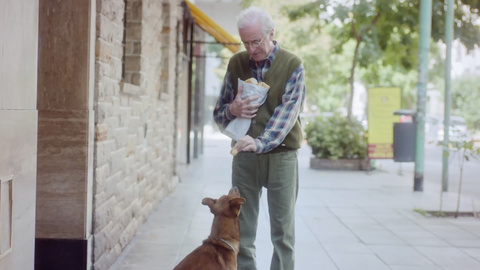 You might want to put your bacon sandwich down for this one. Moving on from “The Man and the Dog” to the tale of a man and a piglet. Steve Rodgers directed “Piggy Sue” for FCB Auckland’s Vodafone ad. The story sucks you in from the start and really is quite sweet.

The mobile provider's spot, which was shot in and around Central Otago and features Kiwi locals, cleverly buries information about the usefulness of the mobile phone network’s service in a story about a lost piglet.