THE DUDE IS REUNITED WITH HIS FAVOURITE COCKTAIL

Big Lebowski fans might never get another sequel, but this four-minute film - in which the Dude is reunited with his favourite cocktail - might just have to do.

A story you won't believe until you hear it from the man that was there... The film for Kahlúa liqueur stars Academy Award-winner Jeff Bridges and is directed by award-winning director Ivan Zacharias.

Developed by Lucky Generals, the film celebrates the brand’s most iconic cocktail. “The White Russian” is a story set in the Mexican desert about the unexpected encounter of two men from different worlds in the 1970s. The branded film is narrated by Jeff Bridges as he indulges a creamy Kahlúa cocktail.

“Not much is supposed to be explained,” said Brian Mequet, vice president of rum and liqueurs at Pernod Ricard USA, parent company of Kahlua. “It’s definitely left to the interpretation of the viewer.”

In the retro-drenched film, Bridges is as an unnamed character with a mysterious past who pours his story out to a bartender in a jazz club. The story unfolds in a flashback with a live musical trio providing the soundtrack.

We hear about the jackpot Bridges’ character hit in the Mexican desert in the 1970s. But the bad guys were on his trail, and he might’ve not made it out alive if it hadn’t been for that Russian space man who dropped “like an angel” from the sky, that is.

Whatever it was that saved our protagonist, there is also a coveted leather briefcase that he dug out of the sand, the contents of which (“Everything I’d ever wanted,” the character says) seems to be a mystery. 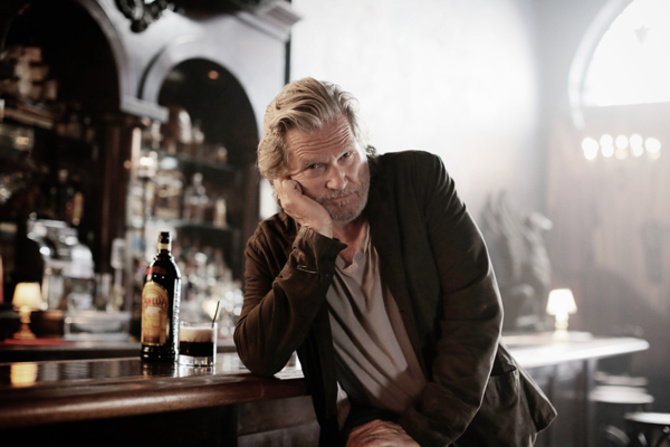 The White Russian, of course, was the Dude's signature drink in the Big Lebowski, although he called it the Caucasian.

“Born in Veracruz Mexico in 1936, Kahlúa is the original rum and coffee liqueur, but over the years, its audience has simply grown old,” says Lucky Generals. “Our mission was quite simply to make Kahlúa cool again for a new generation.”

“Playing on the current trend for retro cocktails and the brand’s heritage in film, we developed a new creative idea for the brand called Kahlúa Productions.”

Ivan Zacharias and Stink have worked with a stellar production team including Adam Kimmel (Director of Photography known for Capote and Never Let Me Go), Kym Barrett (Head of Wardrobe known for Romeo + Juliet and The Matrix) and Jess Gonchor (Production Designer, known for No Country for Old Men and True Grit). 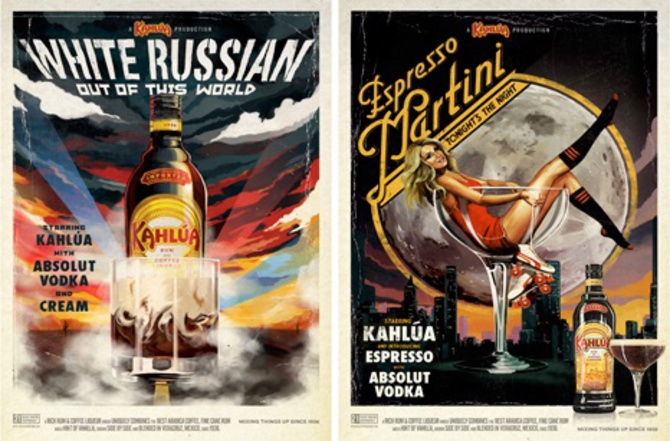 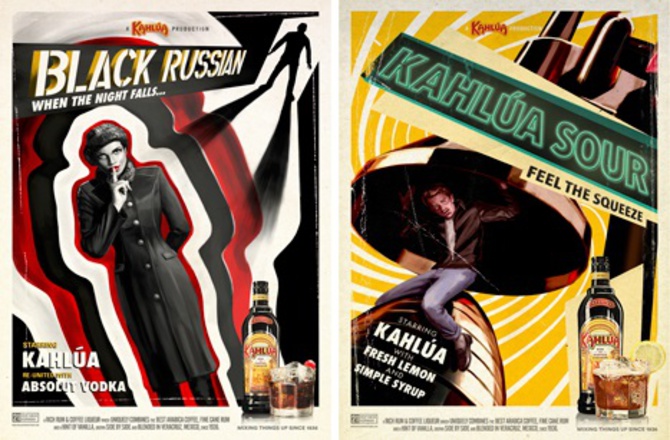 The film will be supported on and offline via a raft of content, including a behind-the- scenes series, instructional cocktail mixing films and consumer experiences.

“As a short film entirely inspired by a simple classic cocktail, this story is creative, enigmatic and beautifully shot,” says Jeff Bridges.