Jack Daniel's computer-generated “King Bee” returns to take to the streets with his swarm. 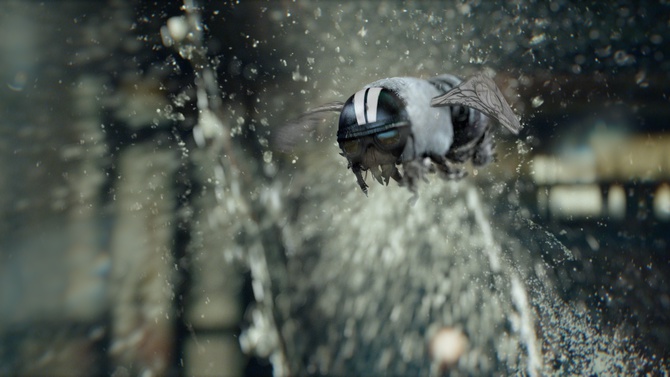 Arnold Worldwide and Psyop developed a spot that features an unstoppable force of computer generated bees on the hunt for a bottle of Jack Daniel’s Tennessee Honey.

The camera opens on a city street, late and empty but alive with potential, when a King Bee, characterised as a biker, erupts through a plume of steam. He deftly navigates an energetic swarm of bees as they converge from all directions and descend into the night, dodge around corners and close in on their target — the bottle of JD.

Animation studio Psyop worked alongside the agency and production company, Smuggler, to create “Swarm”. They explained that nailing down the right lighting, location and camera angles were important for maintaining a gritty feeling throughout the spot “without losing the tenacity of the swarm.”

“Shooting on the Warner Bros backlot allowed us a lot of control over the shots,” said Psyop Creative Director, Laurent Ledru. 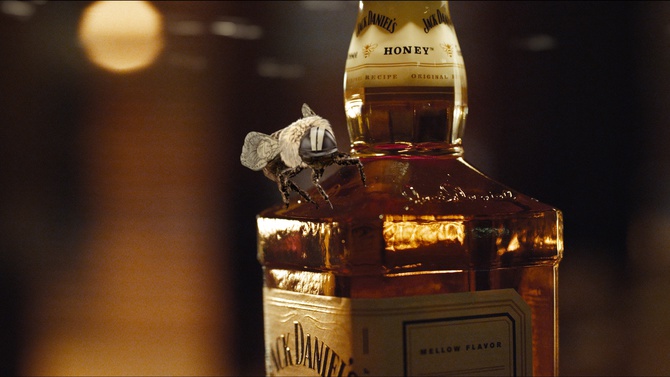 “Working with Arnold and Smuggler made for a smooth production, and we were able to get what we needed in camera with the expert eye of Director of Photography, Robert Elswitt.”

The new spot was first pre-released via Twitter/Facebook and garnered more than ten million impressions before ever hitting the TV waves.

“Swarm” is an evolution of the original “King Bee” launch spot from earlier this year. The spot shows an ant who is suddenly dwarfed by a rough trade animated bumblebee , who is master of his flight, buzzing his way through tree bark, and eventually through a glass bottle of Jack Daniel's. The ad featured a fitting soundtrack from the Stone Foxes.