THIS IS STUDIO ANIMATION FOR GREENPEACE

Greenpeace aims to spread message of low-impact fishing crisis in the UK with a beautiful and stylish animation. 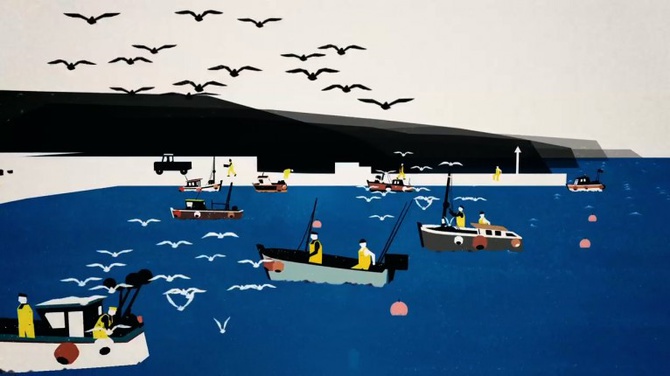 London design studio, This Is Studio, was commissioned by Greenpeace to create an animation to reveal the findings based on their investigation into the main lobby group for the UK fishing industry – the NFFO (National Federation of Fishermen’s Organisations).

Building a compelling narrative from Greenpeace’s research, they developed a script with Leo Murray, voiced by British impressionist, Alistair McGowan. The film, loosely based on block screen printed textures, uses one continuous shot for narrative flow and rhythm of animation.

This animation was produced in-house and co-directed with animator Bill Porter and an original soundtrack was composed by Ben Roulston. Three-dimensional animation was by BAFTA nominated animator, Matthias Hoegg.

“Traditional low-impact fishing is in crisis,” says the Greenpeace report. “These fishermen are the lifeblood of our coastal communities both across the UK and in many other European countries. They have been fishing responsibly for generations but are disappearing.” 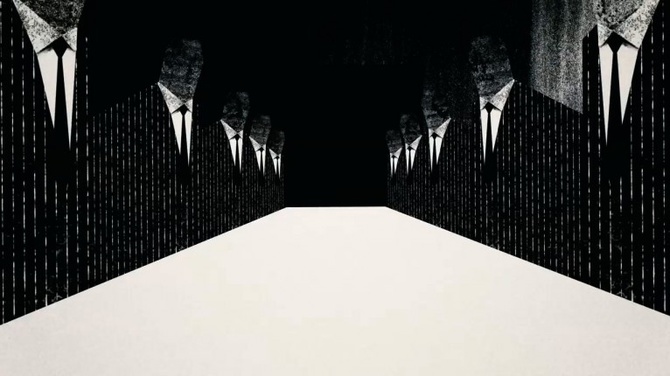 “Meanwhile, big fishing businesses are still turning huge profits, while further fishing pressure is being put on our remaining fish stocks. EU fishing laws, which are supposed to support fishing communities and protect the seas, are failing to do either.

“But there is a powerful trade body that represents our fishermen’s interests in Westminster and Brussels – the National Federation of Fishermen’s Organisations. It speaks for fishing interests large and small and puts their case to those who make the laws. Or so it claims.

“Yet Greenpeace has found that this body has been opposing changes to fishing policies, such as the realignment of fishing quota, which would help precisely the kind of smallscale fishermen they claim to represent.”

Greenpeace also has a Europe-wide campaign on the same issue, and Danish agency,  Stupid Studio has also produced an animation to promote it.

In December 2012, Greenpeace also commissioned an animation that targeted fashion brands that have been using suppliers who pollute developing countries.

The environmental activist group teamed up with creative studio, Free Range to produce an anime style video showing disapproval at several well-known brands. “Detox Fashion” was part of a larger campaign to spread the message. Animation from was from China-based Animater Animation. 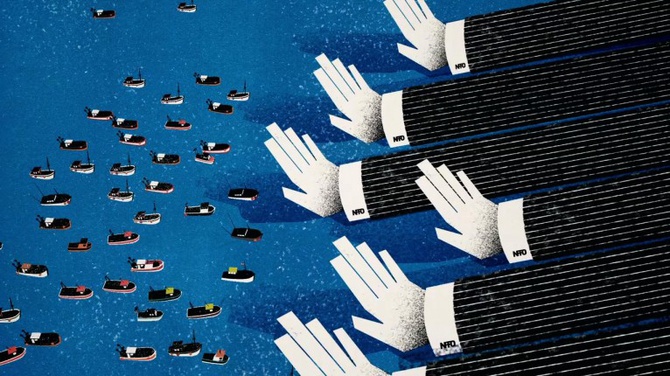 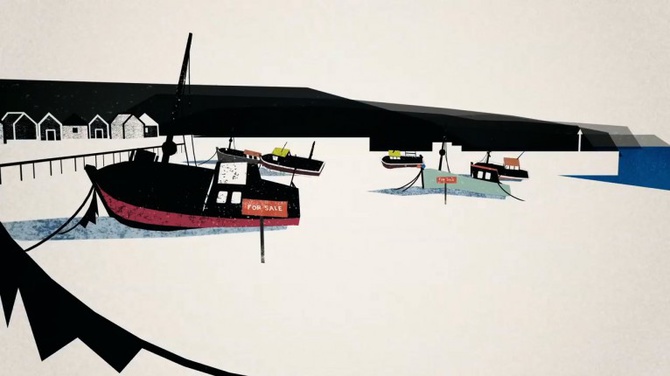