Transformer style robots with kittens - what more can you ask for? Director Sebastian Strasser brings forth an epic film for Vodafone through Jung von Matt/Alster. 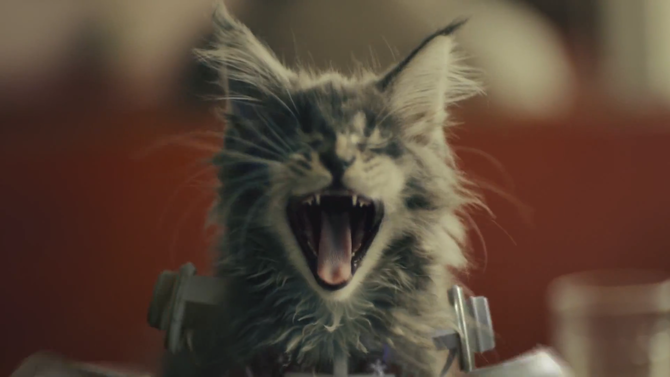 The mobile network’s "Add Power to Your Life" spot was shot over eight days in Iceland, Denmark, Germany, the Czech Republic and Romania.

Stink TV says that during the shoot, the team had to navigating some of Europe's worst flooding in decades – "making some of the locations highly treacherous, including the diner, which was left half submerged after a flood had hit the area."

The film was shot almost completely using hand held cameras, enabling the team to capture more fluid, natural movements, which were then composited together by Time Based Arts, who worked on blending the 3D, CGI and live action.

"This ambitious project first crossed our path in the spring with a phone call from Sebastian," say the guys at Time Based Arts, London.

"What followed was a bizarre conversation about SIM cards, eggs, cats, transformers, buffalos and rockets. Although we were left scratching our heads it was immediately apparent that the film was going to be ambitious, bold and packed with creative VFX.

"Fast forward four months and here you have it. The answer to some very important (and often unasked) questions including: what does an egg turning into a kitten look like? How does one ride a robot/buffalo at speed? And what is the best position to adopt on a transforming rocketship train?

"The film's premise is a simple (if crazy) one; that the new Vodafone SIM card will, like some bizarre piece of modern day sorcery, "power up" any object to a new form. As for our job, with such varied and complex images needed we were primarily tasked with problem solving at every level, during scripting and development, on set and through to the later post production stages."

"Stylistically the director wanted to keep the camera off the tripod and hand held throughout which added to the narrative flow of the spot overall but of course increased the complexity of the vfx shots.

"With each vignette lasting only a short duration of the overall edit, it was also the case that there was enormous amounts of R&D for very short sections. The creature work and full fur on the buffalo, for example, taking many weeks to perfect for the completion of only three short shots

"We're really proud of the final image and the low-fi and naturalistic feel of the spot overall. Transformers with kittens - what more could we ask for?!"

The film, which is over 90-seconds long, is set to the sound of Woodkid’s "Run Boy Run". 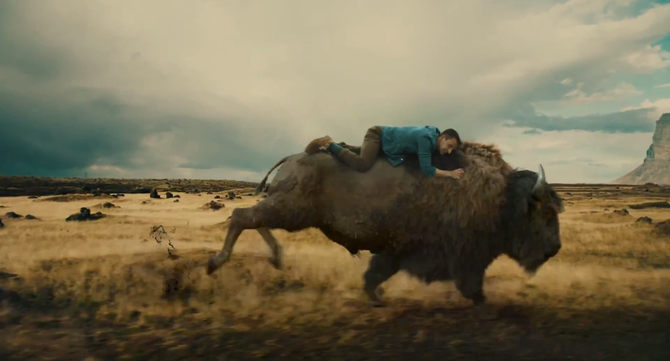 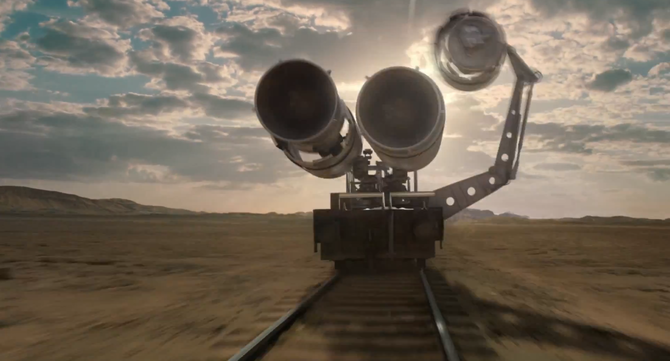