A spot from AMV BBDO marks the 50th anniversary of anti-drink drive campaigning from the UK government. Take a retrospective look at the ads - some of the most hard-hitting you'll ever watch. 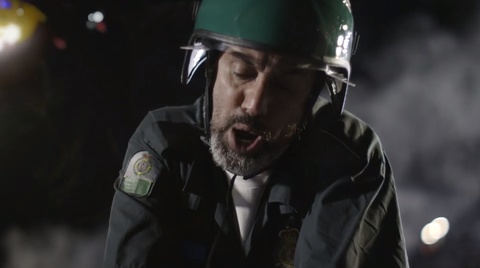 Although road deaths caused by drink drivers have fallen significantly from 1,640 in 1967 to 230 deaths in 2012, this film for THINK! uses Kool & The Gang’s ‘Celebration’ to remind viewers that one death on our roads is still one too many.

The film follows a tragic crash scene and the sequence of events that follow. Throughout each scene, Kool and The Gang’s dancefloor hit is sung by the cast, reluctantly, whilst they perform their duty. We see the victim being cut out of the overturned car, the desperate revival efforts of the paramedic and ambulance team, and the horrific moment when the widowed mother is told the news.

Animation company Halas & Batchelor was best known for its feature-length adaptation of George Orwell's Animal Farm (1955), which used cel animation in a 'Disney' fashion. They produced the first drink driving PSA in the UKm which, released in 1964.

Drink driving was a hot political topic in the 1960s, building up to the introduction of the breathalyser in 1967, which replaced the largely subjective judgement of sobriety with a strict legal limit of alcohol in the bloodstream.

In "Drink Drive Office Party", a short animation titled appears on the small black-and-white screen. Its message was: "Four single whiskies and the risk of accident can be twice as great. If he's been drinking, don't let him drive". Yes it sounds sexist. However, men - particularly young ones - have been the main target of half a century of drink-driving advertising.

There are none of the shock tactics, car-crash carnage or gory special effects associated with modern drink-driving spots. The ad even had canned laughter, so today’s viewers can be forgiven for finding the polite, jovial tone mildly amusing.

The first modern anti-drink drive ads appeared in 1976. One shows a crowd of people leaving a pub to the strains of ‘Roll Out The Barrel’. Moments later a woman is being taken into an ambulance on a stretcher and the normally cheerful song has taken on a menacing tone.

Campaigns from the 1980s aimed to show that drink-driving was not a 'victimless' crime, pushing home the consequences that would affect the driver. 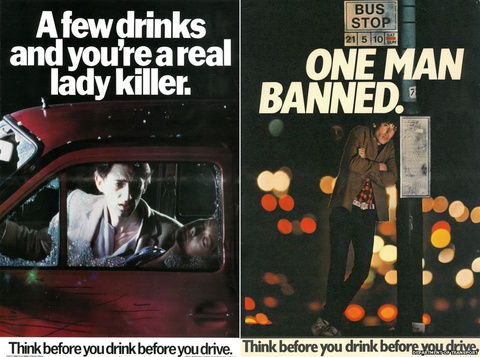 This ad from Davidson Pearce, London, featured in Archive Vol. 6/1986

An ad by Waldron, Allen, Henry & Thompson Ltd., London featured in Archive Vol. 2/1988. It depicted a class of children who lost one of their own classmates to a drunk driver. The camera is shown moving from the teacher to rows of children, each narrating their reactions to news of the boy's death, ending on a close friend of the deceased at the back of the class seated next to a now empty chair.

The harrowing “Drinking and Driving Wrecks Lives” ads that followed in the 90s were meant to be uncomfortable viewing for the audience. Miller & Leaves' “Kathy Can’t Sleep” from 1990 was directed by Tony Kaye (American History X), where the camera shows an extreme close up of the face of a little girl watching in horror while her mother shouts and rages at the father, who has been convicted of killing a child while under the influence. 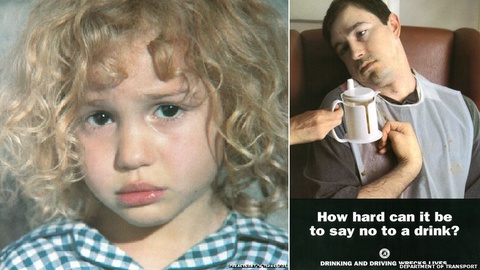 “One More, Dave” was a 1995 Christmas advert from D’Arcy Masius Benton & Bowles where we see a woman in a kitchen liquidising Christmas dinner, with voice flashbacks in the background of men in a pub encouraging their friend to have another drink. He refuses, saying that he is driving, but they urge him "Come on Dave, just one more." The woman is then seen feeding the liquid concoction to her now quadriplegic son and when he can't swallow it, she encourages "Come on Dave, just one more".

"The change in attitudes to drink driving over the last 50 years is a huge success story,” said Patrick McLoughlin, the British transport secretary. “It is hard to imagine now how shocking and ground-breaking the first drink drive campaigns were when they launched. Clearly THINK! has had a significant impact.

In this 2007 spot from Leo Burnett, the barman leans forward asking "Yes sir?", bursting into a catalogue of the possible consequences of drink driving, before finishing with "So, what's it going to be?" The ad homes in on the "Moment of Doubt" – the key moment when the driver decides to have a second drink.

The 2013 "#PubLooShocker" spot from Leo Burnett racked up over 11.5million YouTube hits.