Meet Duckie - a purple duck whose perception of the world (tied to the front of a lorry) shifts from miserable to joyful just by looking into the reflections of the puddles before him. 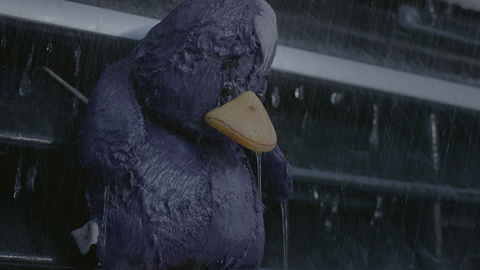 "An unsuspecting British public are about to fall in love with a purple duck." Fallon’s executive creative director, Nick Bell, has spoken.

He’s referring to Cadbury’s new campaign that kicked off with a cute TV commercial, featuring a plush toy duck. It opens with the purple, stuffed duck called Duckie, who has been tied to the bumper of a lorry, miserably bearing the brunt of the elements. The minute-long spot launches Cadbury’s Dairy Milk Puddles, a soft-centred chocolate. 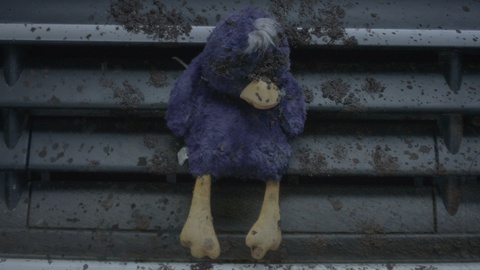 When the sun comes out, the duck sees the reflected beauty of the world in puddles and its expression changes from a frown to a smile. Throughout the ad, Eric Morecambe and Ernie Wise’s Bring Me Sunshine plays.

The TV spot was created by Rob Spicer and Adam Griffin, and directed by Us through Academy Films.

US filmed the spot using sheets of mirror meticulously measured and set up on the various road surfaces. This meant the majority of the reflections were captured in-camera, with the visual effects team at MPC London using compositing techniques to create the final effect. 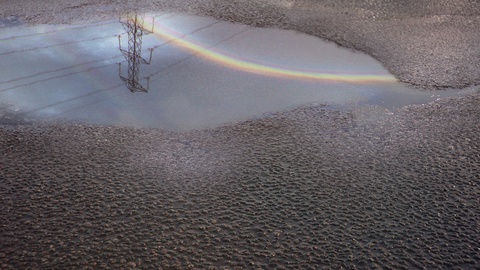 “We used the shot mirror plate, as well as a second clean plate to composite in realistic looking puddles and added water effects,” says Michael Gregory, VFX Supervisor at MPC. This gave us complete control and flexibility in terms of the puddles depth, width and how the corresponding reflection would appear.”

Extensive pre-shoot planning was required, with the correct angles and framing determined for each scene. Lighting was also key, as the spot changes from the dark opening to the sunny ending.

Cadbury claims that it is spending £4 million on the campaign and other efforts include a sweet transformation of a village in Dorset, England. 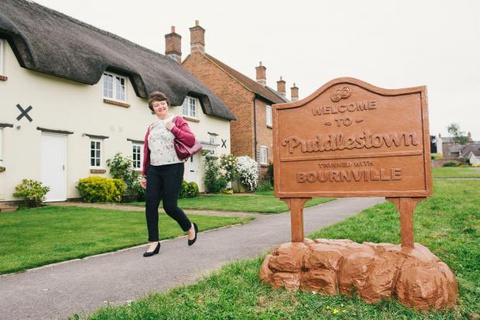 To mark the occasion, a sign made of 30 kilos of solid chocolate was placed in the village – which was be renamed 'Puddlestown' for the day – to announce its twinning with Bournville, Birmingham, the UK home of Cadbury. Cadbury is also contributing to the village’s annual duck race by releasing 1,501 rubber ducks into the river – one named after every resident.