How prejudiced are you? Ad Council is challenging audiences to take a closer look at their own implicit bias with a poignant video that has gone viral – part of their “Love Has No Labels” campaign. 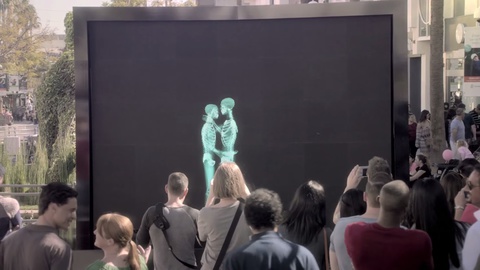 The Ad Council’s PSAs were created pro bono by R/GA and filmed with real people at a live event in California’s Santa Monica on Valentine’s Day.

Already stacking up 13.5 million YouTube hits in its first two days, the video shows a large x–ray screen turning on to reveal two skeletons embracing to the sound of the song “Same Love” by Macklemore & Ryan Lewis with Mary Lambert.

As the skeletons separate and walk out from behind the screen, the audience discovers who they really are. Audience reactions are captured a number of times, each with a new set of skeletons revealing different pairings of gender, race, sexual orientation, religion, ability and age.

The collaboration with Persuade & Influence directors, Danielle Levitt and Mindride, has become a viral hit.

Viewers are then directed to the Love Has No Labels site, which features a quiz where visitors can examine their own biases and find resources on how to overcome them.

R/GA and Ad Council (who has a history of marshalling volunteer talent from the media and ad world for their public service messages in the US) have been working with a group of historic brands – including The Coca–Cola Company, PepsiCo, P&G, Unilever, Allstate and State Farm - to launch the PSA series on behalf of their “Love Has No Labels” campaign, which also ties in with the 50th anniversary of the Selma March. 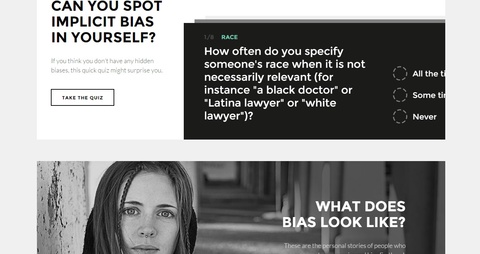 In addition to funding the year–long campaign, brand partners promise to show their support around key times during the year. The likes of P&G and Doritos have already been displaying the campaign’s logo on their social media channels.

“We live in a time defined by technologies that connect us all. Unfortunately, our prejudices are from another age, and can prevent us from connecting with people with clear eyes and open hearts,” said Nick Law, Chief Creative Officer, R/GA. “Hopefully this message will remind us how superficial these prejudices are and how labels mask the best of our humanity.”

First announced in February, Ad Council says the digital–first campaign has been created to further understanding and acceptance, with the hope that the PSAs will encourage audiences to challenge and take a closer look at their own implicit bias.

According to research from US non-profit, the Perception Institute, the vast majority of Americans consider themselves to be unprejudiced, yet a high percentage of these same people hold negative associations against those whom appear different than themselves.

“Implicit bias refers to the way people unconsciously and sometimes unwillingly exhibit bias towards other individuals and groups,” says Rachel Godsil, Co–founder and Director of Research of the Perception Institute.

“It doesn’t mean that people are hiding their racial prejudices, instead, people who actively reject prejudice may still unknowingly carry around some degree of bias or stereotypes about others. The good news is that once we are aware of our biases, we can begin to take action to reduce the effects they can have on our behavior and ultimately, to reduce the biases themselves.”

The campaign also includes partnerships with eight non-profits, including the Anti-Defamation League and Human Rights Campaign, allowing viewers to get more involved in a cause that reaches out to them. 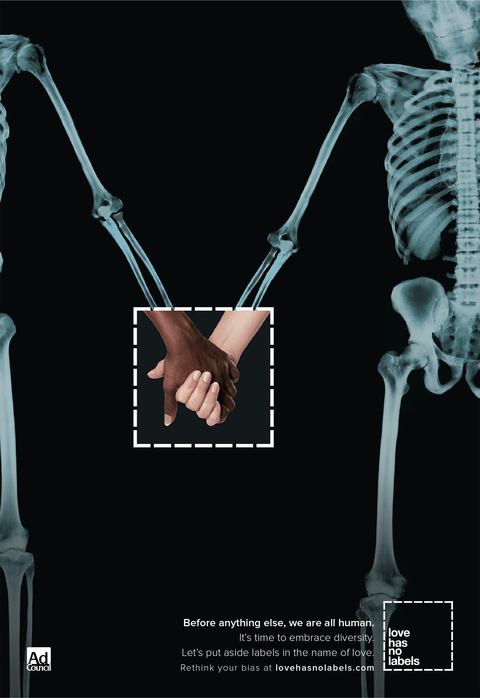