An anti-abuse campaign has used lenticular printing to show a secret message visible only to children. 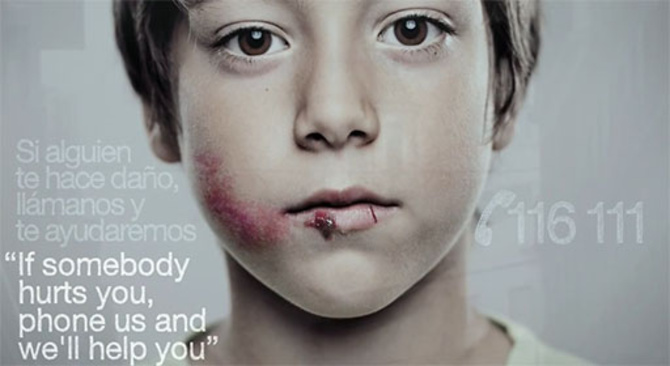 Created by Grey Group España for the Spanish organisation, Aid to Children and Adolescents at Risk Foundation (ANAR), the outdoor ad aims to provide abused children with a safe way to reach out for help, by displaying a different message for adults and children at the same time. 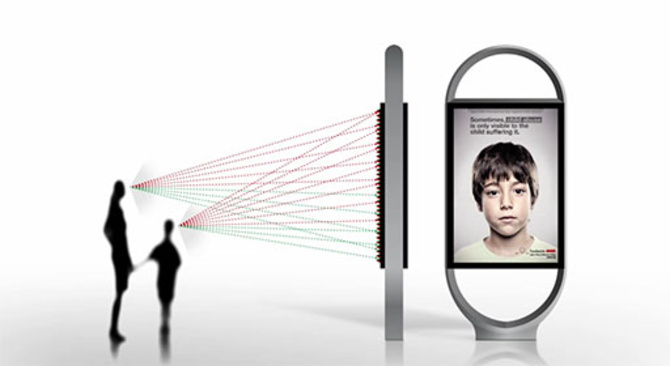 The campaign needed to get the helpline out to children in a discreet way even when accompanied by their potential aggressor. The solution was using lenticular printing (a technology also used for 3D displays) to produce images with an illusion of depth.

People who had “magic” rulers at school, which transformed in design depending on the angle you looked at it, will have already seen lenticular imaging in action.

In the ANAR campaigns case, a person above 5ft 7in (the average adult height) sees the tagline "sometimes, child abuse is only visible to the child suffering it”, while children who are 4ft 3in and under see another.

Targeted toward children under the age of ten, the ad would reveal the image of a bruised child and a continuing secret message: "If somebody hurts you, phone us and we’ll help you" alongside the foundation's phone number, 116 111.

The ad was created to coincide with the International Day Against Child Abuse on 25 April.

Do you think this outdoor ad will have a positive effect? Is there a risk of advertisers exploiting this form of targeted marketing to hawk their products to children? Join the discussion on Facebook.

Video: ANAR "Sometimes, child abuse is only visible to the child suffering it" by Grey Group España